The share of the Egyptian natural gas to Lebanon is estimated at 650 million cubic feet, he said. Egypt calls on all Lebanese parties to exercise restraint, refrain from violence and strife, and to uphold national interests, spokesperson of the Foreign Ministry said in a Thursday statement. Egyptian Ambassador in Beirut Yasser Elwi met on Thursday with Lebanese Minister of Energy and Water Walid Fayyad as they discussed the latest developments as regards the exportation of Egypt's gas to Lebanon. On May 13, many important events took place. The jets belong to the Egyptian Armed Forces, and the shipment was delivered by Minister of Health and Population Hala Zayed herself.

Egypt’s Cairo Prosecution resumed, Friday, investigating the three Egyptian fugitives who arrived Egypt coming from Lebanese Capital Beirut, Thursday, as they were confronted with the witnesses and the victim’s testimonials.

Egypt’s Public Prosecution received, Thursday a message from The International Criminal Police Organization, (Interpol), stating that three Egyptian fugitive who are accused of raping a girl in 2014, in the notorious case known as “Fairmont Case,” were arrested and deported to Cairo from Lebanese Capital Beirut. “Troops from the Engineering Regiment immediately removed them and disposed them at fields belonging to the army,” an army statement said. Eps. 2: “Land of pain”: Lebanon's Economy on the Brink of Disaster

The Lebanese state is mulling eliminating subsidies on basic commodities, according to a government official speaking to Youm7. According to the Ministry of Economy, the subsidy will not be cancelled, but will be changed from commodity into cash to avoid manipulation by traders and to limit smuggling of goods. Medicines are to be excluded. After Beirut Blaze, Egypt is getting rid of dangerous substances at ports: minister

There are abandoned substances that can be dangerous like fireworks. The Egyptian Red Crescent has supported the Lebanese Red Cross with some of the aid supplies contributed to Lebanon by Egypt in the aftermath of the Beirut port explosions on Aug. 4. The 14-ton assistance carried by each plane was sent in line with directives of President Abdel Fattah El Sisi to support Lebanon. China urged the international community to offer all needed humanitarian aid to Lebanon on the back of the Beirut blast which left behind thousands of people dead and wounded.

“Egypt will not stop sending assistance to the Lebanese people,” Shoukry.

Egypt will do, provide everything it can for Beirut reconstruction: Foreign Minister Sameh Shoukry

“Egypt is supporting Lebanon and will provide it with all what it can to help it overcoming the effects of the Port blast” Egypt’s Foreign Minister Sameh Shoukry said. Foreign Minister Sameh Shoukry visited on Tuesday the Egyptian field hospital in Beirut, where he was given full explanation of the healthcare services it provides it the Lebanese people at this troubled time. 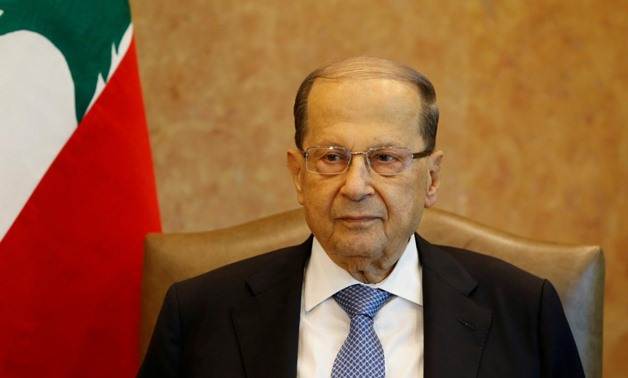 The Lebanese President Michel Aoun accepted Monday the resignation of the cabinet headed by Prime Minister Hasan Diab amid rising public anger over the explosion that took place in Beirut Tuesday leaving more than 200 people dead.

The HUAWEI P30 Lite Is Quite Amazing