By: Mustafa Marie
CAIRO - 15 July 2019: “Bent Arabi” operetta, produced by Al-Shams Theater affiliated with the Theater Art house, is set to stage at Al Salam Theater on July 15. Veteran iconic actress Samiha Ayoub will take on the sound performance of the theatrical play.

Head of the Theatre Art House Ismail Mokhtar explained that the show reflects the daily grind of those with special abilities amid the difficulties of life, in addition to their frustration and self-denial, portraying in the end a world full of justice, beauty and tolerance.

Mokhtar further explained that their main goal is to integrate creative individuals with special needs, describing them as "glittering stars in the houses of Egypt", which illuminates our theaters today, and pointing out that they will perform together with professional actors/actresses.

Furthermore, Mokhtar thanked the supporters of this theatrical play for embracing the children who are in great need of support and encouragement. He also thanked Minister of Culture Inas Abdel Dayem, who is one of the most supportive and inspiring decision makers, according to Mokhtar.

Actress Wafaa el-Hakim mentioned that their goal is to shed light on this marginalized group, referring that this is a societal goal, and stressing that the message of art is to discuss the human concerns.

Hakim continued by explaining that the play supports people with special needs and that all members of society are equal, demanding the need to change the mindset of some people and their stance from people with disabilities.

Director of the play Hisham Ali revealed that the play portrays a mythical form for all the members of society that may seem “different” to some. Ali pointed out that more than 45 artists take part in the play, along with the stars of the national circus, live animals, praising the support of great actress Samiha Ayoub.

The play is starring Alaa Qoqa, Maher Mahmoud, Nihad Abdel Fattah, Mohamed el-Saadawy, Hani Abdel Hay, Yasmin Farag and Sherif Ghanem. The play's songs will be performed by Omar Farhan, with the participation of Hip-Hop dancers, and in addition to people with special needs and stars of the national circus. 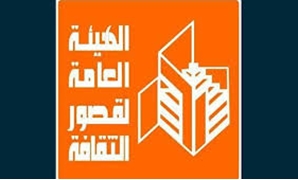