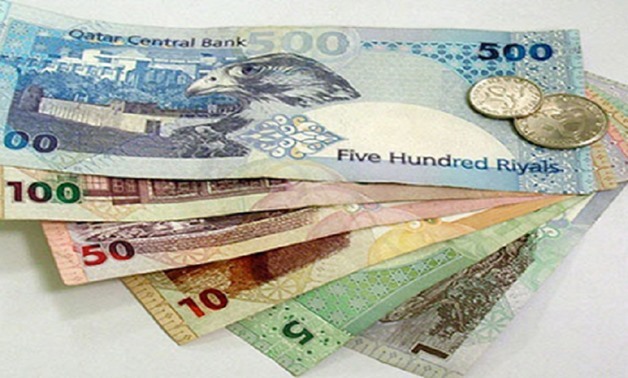 CAIRO – 5 June 2018: It has been a year now since Egypt, Saudi Arabia, the United Arab Emirates, and Bahrain cut all diplomatic ties with Qatar over charges including funding terrorist organizations, harboring terrorists, interfering in other Arab countries’ internal affairs and destabilizing security of the Arab world.

Yemen, the Maldives and Libya's eastern-based government later followed suit.
A year after the boycott decision, Egypt Today reviews the economic effects of this decision on Qatar.


Ascending Trend of the Crisis

By the end of May, Qatar banned products coming from the United Arab Emirates, Saudi Arabia, Egypt and Bahrain.

The government said in a statement that products originating from the blockading states, which as a result of the blockade cannot pass the Gulf Cooperation Council Customs Territory, have to undergo proper import inspections and customs procedures.

“To protect the safety of consumers in the State of Qatar and to combat improper trafficking of goods, the government issued a directive to find new suppliers of the variety of goods impacted,” the statement added.

The stock market lost about 10 percent, or about $15 billion, in market value over the first four weeks of the crisis, but it was able to recover 6 percent of its pre-crisis value.
Market Capitalization lost about QR 495.1 billion by the end of May, compared to QR 532.5 billion on June 4, 2017.

The International Monetary Fund (IMF) said that as a result of the Arab countries boycott to Qatar, foreign financing and resident private sector deposits dropped by $40 billion. It added that this decline has been offset by liquidity injections by the central bank and public-sector deposits, particularly from Qatar Investment Authority (QIA).

Foreign Reserves at Qatar Central Bank has also fallen 17 percent in 12 months, recording less than $37 billion, from more than $45 billion in 2016.

While Qatar assets’ reserves lost about QR 23 billion ($6.3 billion) in April on a year-on-year basis.

Regarding Banks operating in Qatar, Moody’s Investors Service downgraded its outlook on Qatar’s banking system to negative from stable in August 2017.

Moody’s attributed this downgrade to the weakened operating conditions and continued funding pressures facing Qatari banks, as well as the potentially weakened capacity of the Qatari government to support the country's banks.

The rating agency also downgraded two Qatari banks; Commercial Bank of Qatar and Doha Bank, as lenders in the country continue to struggle with lower profitability and deteriorating asset quality, amid a year-long Arab Quartet boycott that has crimped economic growth.

Searching for another funding resources, Qatar issued a $12 billion triple tranche international bond on April 12, considering it to be the largest placement by an emerging market sovereign this year.

Qatar announced that the combined order books are around $52 billion, including joint-lead manager interest.

In September 2017, Qatar National Bank completed a $630 million Formosa bond issue.
Formosa bonds are sold in Taiwan by foreign issuers and are denominated in currencies other than the Taiwanese dollar.
Debt Ratio

Meanwhile, the value of loans in Qatar increased 5.20 percent in April 2018, compared to the same month of the previous year.

Countries involved in the boycott closed their airspace to Qatari aircraft and announced that airlines would have to seek permission for overflights to and from Qatar.

Qatari Ships were banned from docking at many ports and the Qatari land border with Saudi Arabia was also closed.

These decisions pushed Qatar to explore new markets that can open its door for the country to get off the strangulation applied on it.

The crisis led to an improvement in Qatar's relationship with Iran and Turkey, especially as Tehran opened its airspace to Qatar Airways immediately after the boycott.

It also sent ships of food and weapons to Qatar and in return, Qatar reestablished its full diplomatic ties with Iran which is engaged in a huge natural gas field with Qatar.

In November 2017, Iranian Trade and Industry Minister, Mohamed Shariatmadari, called in a meeting with Qatari Trade Minister, Ahmed bin Jassim Al Thani, for increasing the trade exchange between the two countries to reach $5 billion a year.

As per Qatar- Turkey relationship, they have seen a boost in trade and military ties as Qatar is targeting to double its investment in Turkey to $20 billion in 2018 by injecting new investments worth $19 billion; in addition to the existing $18 billion investments in various fields including tourism, energy, telecommunications, food industry, health, insurance, banking, and military industries, according to media reports.

The trade exchange between the two states jumped 46 percent by the end of 2017 on a year on year basis, to hit $1.3 billion.

President of the Middle East Economic Forum Arden Ozil said that the Turkish market serves as a safe haven for Qatari investments, especially in light of the continued economic embargo imposed on Qatar by Egypt, Saudi Arabia, the United Arab Emirates (UAE) and Bahrain since June.

In a way to overcome the boycott, the Qatari authorities have officially granted visa-free access to citizens of 80 countries at the end of 2017.