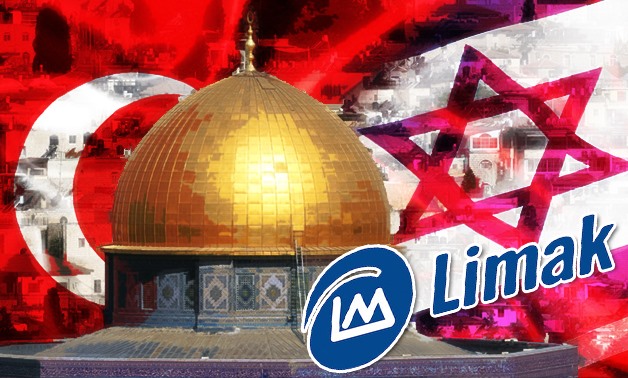 The newspaper claimed Saudi Arabia, Egypt and the UAE, and some other Arab states, “indirectly supporting Israel’s nation state bill.”

The Star daily is owned by a businessman close to Turkish President Recep Tayyip Erdoğan; it also accused the countries of preventing Turkey from helping Palestinians, despite that the same countries included in the article are the countries that has been aiding, helping and supporting Palestinians.

The irony hereby that the article did not include as much clues as what Al-Monitor reported on July 12; “Documents uploaded this week to the official database of federal spending show that Maryland-based joint venture Desbuild Limak D&K has been awarded a $21.2 million award to design and build “addition and compound security upgrades” to the embassy in Jerusalem’s Arnona neighborhood. That’s in addition to the $335,000 spent to get the facility, formerly a U.S. consulate, ready for its ritzy grand opening as an embassy back in May.”

Steven Mnuchin, the U.S. treasury secretary, and Ivanka Trump at the opening of the U.S. embassy in Jerusalem on 14 May. Photograph: Lior Mizrahi/Getty Images

Limak Holding is a Turkish contracting giant that is partnering a joint venture with Maryland based contractor Desbuild Incorporated.

“We’re going to have it built very quickly and inexpensively,” Trump told reporters at a March press event with Prime Minister Benjamin Netanyahu following his December decision to recognize Jerusalem as Israel’s capital and relocate the U.S. Embassy from Tel Aviv.


Trump later raised his estimate in a press conference with German Chancellor Angela Merkel in April, saying that a renovation would cost between $300,000 and $400,000.

“Limak’s boss, Nihat Ozdemir, is among a handful of contractors allegedly favored by Erdogan, and his company is globally known for building state-of-the-art airport terminals,” Al-Monitor reported.

Turkey, a hub for traffic between Israel and the world!

Moreover, Turkish airlines flew over a million passengers to Israel last year, making Istanbul the foremost hub for traffic between Israel and the rest of the world.

“Turkish contractors have built nearly half of the skyscrapers dotting Tel Aviv’s skyline, with Ankara-based Yilmazlar Holding leading the pack. “Moreover, Turkey wants to have direct access to Jerusalem to increase its influence in the city,” Hay Eytan Cohen Yanarocak, a researcher at the Moshe Dayan Center in Tel Aviv, said in an interview with Al-Monitor.

Limak D&K has been awarded a $21.2 million award to design and build “addition and compound security upgrades” to the embassy in Jerusalem.

Yilmazlar, an international Turkish construction group, has a full list of the projects it constructed in Israel on its website, [Here].

“Moreover, Turkey wants to have direct access to Jerusalem to increase its influence in the city. Therefore, in the shadow of constant verbal attacks, I assume that bilateral relations will survive,” Yanarocak noted.

According to Al-Monitor, “Even Erdogan's brother Mustafa, who worked as a fitter for many years for the late Israeli shipping magnate Sammy Ofer, "visited Israel many times for shipping, mainly," a well-informed Israeli source told Al-Monitor on strict condition of anonymity. The source declined to elaborate.”

On the other hand, Egypt has been exerting numerous efforts to support the Palestinians and bring peace to the Gaza strip, especially since the massacre that killed over 100 Palestinian demonstrators by Israeli soldiers on March.

On May 18, President Abdel Fatah al-Sisi directed to keep the Rafah crossing with Gaza open for the entire month of Ramadan on May.

The Egyptian leader ordered the relevant authorities to keep the crossing open to ease some of the burdens of residents of the Gaza Strip.