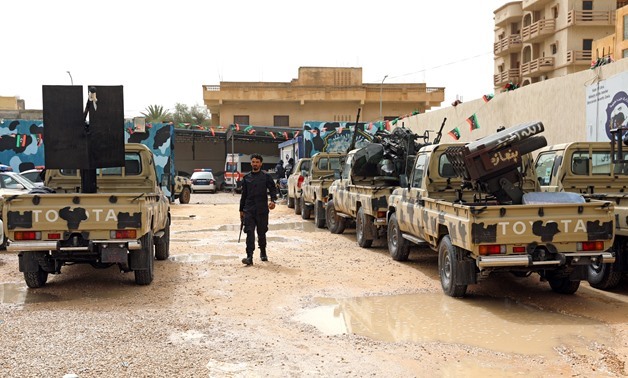 Chair of the Human Rights Committee at the House of Speakers Alaa Abed requested in Monday's plenary session that the lower chamber issues a statement in response to the violations committed against Egyptians in Libya. Speaker Ali Abdel Aal replied that action will be taken in the right time.

Abed demanded a strong stance on the violence carried out by the GNA against Egyptian workers in Libya. The parliamentarian attributed the incident to the Cairo Declaration announced last week by President Abdel Fatah al-Sisi, LNA Commander-in-Chief Khalifa Haftar, and Speaker of the Libyan Parliament Aguila Saleh asserting a political solution.

Abed said that the torture of the Egyptian expats was orchestrated by Turkey pointing out to the massacres it had committed against Armenians in the 20th century.

It is noted that Turkey and the GNA, that is an interim non-elected UN-recognized government, signed in December 2019 two MoUs on defense and gas drilling in the Mediterranean.

As a consequence, Turkey sent to Libya 15,000 Syrian mercenaries to fight in the ranks of GNA militias, and 1,500 Turkish military experts and officers to command the operations rooms. The LNA has downed over 60 drones piloted by Turkey from Tripoli's Mitiga Airbase.

A video has been circulating on social media of the incident that took place in the town lost from the LNA to the GNA militias on June 5. Subsequently, the LNA has had no presence western the country as the militias had also taken over Oqba Bin Nafea Airbase located in Al Watiyah district, and the outskirts of Tripoli.

The Turkey -backed militias are currently seeking to enter Sirte City - which was restored by the LNA from them in January 2020 - and Al Jufrah town, both located in central Libya. Libyan media reported on June 10 that Dassault Rafale fighter jets were flying over Sirte. Yet, France denied the jets belong to its Air Force.


The LNA has been attempting to restore Misrata and Tripoli. Mesmary said in the press conference that the militias are carrying out observation and provoke the LNA concentrations near Misrata. He added that the militias plant mines in the city's outskirts to repel the advances of the LNA.

The spokesperson pointed out that the militias planted mines in Derna eastern Libya before retreating from the city when the LNA restored it in 2018. He stated that the militias targeted over the past few days civilians fleeing Tarhouna to Sirte killing a number of them.

The LNA spokesperson said that operations – whether accomplished or set to take place - have been made secret so as no information about them would be disclosed.