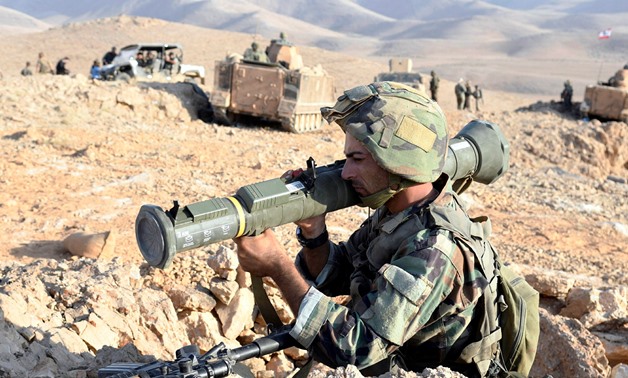 A Lebanese soldier is seen during an army operation near the town of Ras Baalbek, Lebanon August 17, 2017 - File photo/REUTERS/ Hassan Abdallah

BEIRUT - 19 August 2017: Lebanese army chief General Joseph Aoun announced on Saturday the start of an operation against Takfiri Daesh group near the Syrian border in the outskirts of al Qaa and Ras Baalbek, Lebanese media reported.

“In the name of Lebanon, in the name of kidnapped Lebanese soldiers, in the name of martyrs of the army, I announce the launch of ‘Fajr al Joroud Operation’ in the outskirts of Ras Baalbek and al Qaa (towns),” General Aoun said in a statement.

The Lebanese army artillery pounded Daesh positions in the outskirts of the two towns once the announcement was made.

Local media also reported that shortly after the announcement, President Michel Aoun arrived at the Defense Ministry HQ in Yarze east of Beirut to follow up the operation.