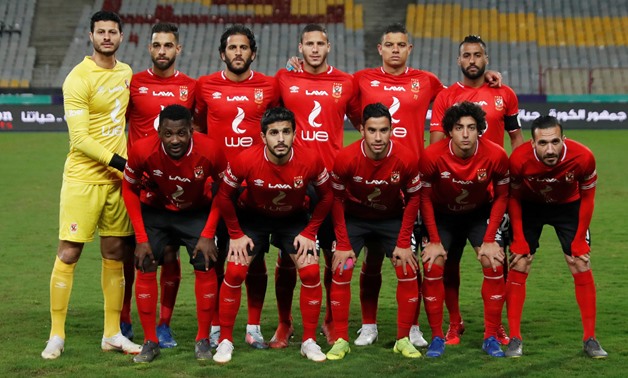 CAIRO, 31 March 2019: Al Ahly’s board directors, headed by the president Mahmoud El Khatib, decided that the first football team will fly to South Africa by a private jet.

Al Ahly is set to face Mamelodi Sundowns on April 6 in South Africa in the first leg of the CAF Champions League’s quarter-finals.

Al Ahly's decision to provide a private jet for the team's trip to South Africa was taken to give players more rest due to the pressure of matches.

Al Ahly played against Zamalek on Saturday and ended with a goalless draw at Borg El Arab Stadium. They are set to face Ittihad Alexandria on the same stadium next Tuesday.

Al Ahly will play three games in a week against Sundowns on Saturday and then face Misr Al Makassah on Wednesday (April 10th) before meeting Sundowns again on Saturday 13th of the month.

Al-Ahly reached the quarter finals after the team topped group D with 10 points from three victories at home over Tanzania’s Simba, Algerian club, JS Saoura and AS Vita Vlub from Congo and they lost two games in Congo and Tanzania. Their game against JS Saoura in Algeria ended with a draw.


On the other hand, Sundowns reached the quarter finals as the runners-up of group A after they gained 10 points, the same as the leaders, Wydad Casablanca of Morocco, but the head-to-head away goals rule granted the Moroccan team the leadership.


The winner will face the winner between Horoya of Guinea and Wydad Casablanca.

Al-Ahly failed to achieve their ninth title at the competition as they lost the last two Champions League Finals to Wydad Casablanca and Esperence, respectively.