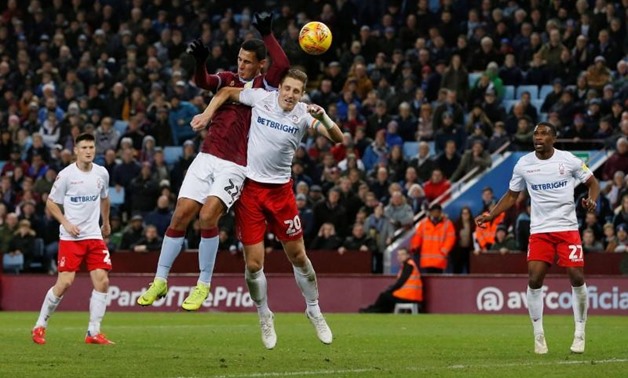 BIRMINGHAM, England, Nov 28 (Reuters) - There were 10 goals and a red card as Aston Villa drew 5-5 at home to Nottingham Forest on Wednesday in England's second tier Championship.

Tammy Abraham scored four goals for Villa, who trailed 2-0 and 3-2 in a remarkable first half that ended 3-3.

Lewis Grabban and Joao Carvalho put Forest two goals ahead before Abraham dragged the hosts back into the match, levelling the scores at 2-2 and then 3-3 after Matthew Cash put Forest back in front.

Joe Lolley's long-range effort restored Forest's lead shortly after the break but they were soon down to 10 men when Tobias Figueiredo was shown a red card.

Both clubs were European champions in the early 1980s but Forest are now sixth in the Championship on 31 points, two places and three points above Villa.