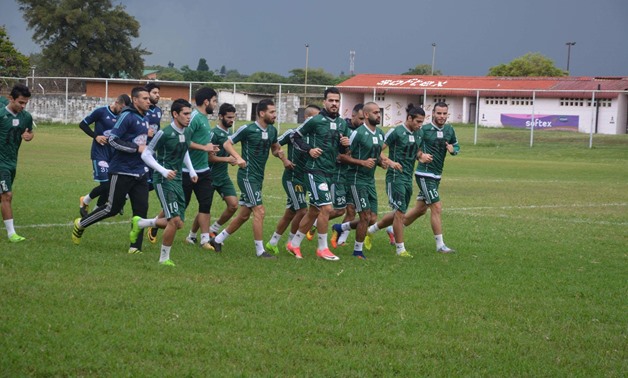 Al-Masry travelled to Zambia with four goals as they defeated their opponent 4-0 in Port Said at the first leg thanks to Eslam Salah, Mohammed Koffi, Aristide Bancé and Eslam Issa's goals.

Al-Masry manager, Hossam Hassan, motivated his players to repeat their victory in the second leg and to do their best on the pitch to avoid any surprise from their opponent.

The head of Al-Masry’s delegation in Zambia revealed on Monday that they are trying to complete the deal with the Zambian side to broadcast the game to the Egyptian fans.

The winner of Al- Masry and Green Buffaloes' game will play against the winner of the match between Tanzania’s Simba and Gendarmerie Nationale FC from Djibouti. Simba won the first leg 4-0 in Tanzania.

Al-Masry are having a great season as they are placing fourth in the league with 42 points and they are competing with Zamalek and Ismaily to win the second position and qualify to the CAF Champions League next season.