By: Mohamed Soltan
CAIRO – 29 January 2018: Egyptian football fans consider Al-Ahly’s game against Ismaily in the 2002 Egyptian League as the most entertaining game in the history of the Egyptian football.

Both teams entered the game sharing the top spot in the league with 57 points only three fixtures away from the end of the 2002 league season.

Al-Ahly entered the game with much confidence and high spirits after humiliating their local rivals, Zamalek, defeating them 6-1 in the Cairo Derby four days before the Ismaily match.

On the other side, Ismaily entered the game depending on their dream team of Mohamed Barakat, Islam El Shater, Emad El Nahas, Khamis Gaafar, Sayed Moawad and Mohamed Salah Abo Grisha.

Al-Ahly entered the game without their biggest two stars – Khaled Bibo, who scored four times against Zamalek, due to suspension, and Ibrahim Said, who received a red card during the same game.

Al-Ahly were the better side in the first half and they dominated the game, as Al-Ahly players created more chances to score, but Ismaily winger Barakat opened the score for his team after 30 minutes when he received a pass from Ahmed Fathi.

Al-Ahly equalized the score after eight minutes with a strike from Ahmed Belal, but Ismaily led the game again as Amr Fahim scored the second goal from a header only two minutes later.

Ismaily failed to keep their lead until the halftime, as Mohamed Farouk equalized for Al-Ahly seconds before the halftime to end the first half 2-2.

In the second half, Ismaily manager Mohsen Saleh replaced Mohamed Abdallah with Attia Saber, who granted his team a penalty after 17 minutes, which Eslam El Shater took to make the score 3-2.

The turning point in the game came 20 minutes before the final whistle when Al-Ahly manager Manuel Jose substituted Abdel Hafiz for Alaa Ibrahim, who had a major impact on the game.

Ibrahim was behind Al-Ahly’s third goal when he dribbled past three Ismaily players and passed the ball to Belal, who scored the equalizer to make the score 3-3.

Ibrahim continued to threaten Ismaily’s defense, and his shot hit the post only two minutes after the goal.

Al-Ahly took the lead for the first time in the game only a minute before the final whistle when Hossam Ghaly was tackled in Ismaily’s area, which granted Al-Ahly a penalty that Alaa Ibrahim took to make the score 4-3.

Al-Ahly fans started celebrating the precious victory, but Ismaily equalized only seconds before the final whistle, as Al-Ahly’s Shady Mohamed jumped in the air with his hand extended to prevent Ismaily from scoring. The referee sent him off and Ismaily won a penalty taken by Attia Saber to end the game 4-4.

This result left Al-Ahly and Ismaily on top of the table, but Al-Ahly lost two points a week later after a 1-1 away draw at Ghazl el-Mahalla.

On the other hand, Ismaily defeated El Qanah to lead the league by two points, and they defeated Baladiet el-Mehalla and Al-Masry in the remaining weeks to win the title. 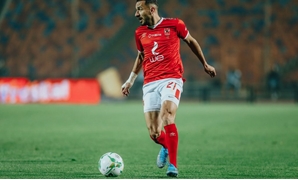 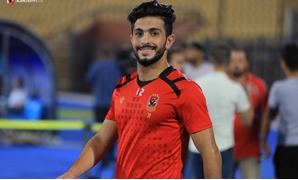 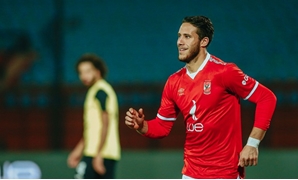