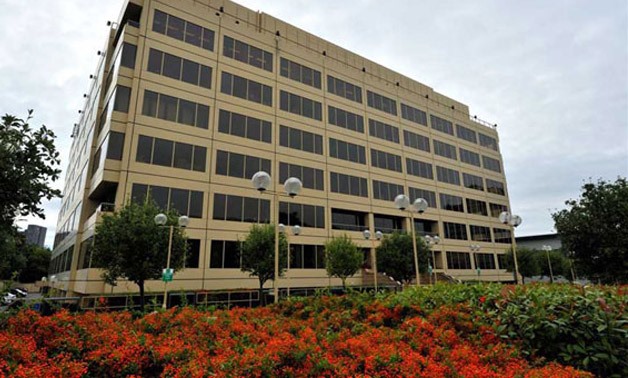 Westage House, an office building where some Muslim Brotherhood affiliated organizations are based - Red Current.com

By: Noha El Tawil
CAIRO – 27 July 2017: The outlawed Muslim Brotherhood has arms in different countries entitled to lobby, harness support for the group, negate its terrorist acts, and polish their image as “peaceful non-violent” Islamist group. Some of these arms are based in London to produce propaganda and defend the Brotherhood under the cover of human rights.

The first among these is Gordoba Foundation in London founded by Anas Altikriti. According to Altikriti’s profile in The Guardian, Altikriti is the son of “an Islamist and a renowned opposition figure to the Ba’th regime in Iraq.” The father settled in the United Kingdom since 1970 when his son was two years old.

“Anas Altikriti is an international speaker and lecturer, and appears regularly in the Arab and international media commenting on Arab, Muslim and International affairs,” according to Altikriti’s profile in The Guardian.

article published in 2016 by Ikhwaninfo

defining itself as “watchdog for political Islam and the Muslim Brotherhood,” “The (Gordoba) foundation was created in Great Britain by Anas Al-Tikriti, the son of the official leader of the Muslim Brotherhood in Iraq. In 2009, David Cameron denounced the foundation as a cover of the Muslim brothers in Great Britain. This is why it appeared on a list which was published by United Arab Emirates, to list Muslim organizations supporting terrorism.”

Altikriti has been working in the public domain to campaign for more integration of the Muslim community in the British society. He was the spokesman and currently the president of the Muslim Association of Britain (MAB) that is on the Emirati terror list.
The activist was fronting a weekly debate show 'Sharqun Wa Gharb' (East and West) on the London-based Arab channel Ahiwar TV founded in 2006 by Azzam El Tamimy who is chairman and editor in chief of Ahiwar TV Channel and the author of “Hamas:

Unwritten Chapters and Rachid Ghannouchi: A Democrat within Islamism,” according to his

In a leaked phone call, former Qatari Prince Sheikh Hamad bin Khalifa told former Libyan President Muammar Al-Gaddafi that he “supported” Ahiwar TV without specifying what kind of support he provided for the channel. The call was broadcasted by Al-Arabiya English in 2014.

The channel was pulled off air by Egyptian satellite operator Nilesat, according to the

While stating that he “abhors violence,” Tamimi is the author of books on Hamas and in a 2004 TV interview, he expressed his willingness to be a suicide bomber.”

Tamimi, who is from Palestinian origin, describes himself as a regular commentator on the Arabic satellite channel Al Jazeera and makes frequent appearances on a number of other channels, both English and Arabic.

Altikriti who denies being a Brotherhood’s member stated that “the Brotherhood supports Hamas,” which is one of the arms of the Brotherhood, and receives support from Qatar.
Furthermore, Altikriti co-founded a group called the British Muslim Initiative with a senior commander in Hamas, Mohammed Sawalha, and a Hamas “special envoy,” Azzam Tamimi.

Among the other groups suspicious of supporting the Muslim Brotherhood in UK, The Arab Organization for Human Rights (AOHR) whose headquarters is in Cairo since it was established in 1983. It has 22 branches and member institutions in Arab countries.

In 2015, the Secretary-General of AOHR Alaa Shalaby told Al-Shorouk newspaper that the organization had shut off its branch in Britain in 2008 and that there was a probability that the Brotherhood has been using the AOHR name to attack the Egyptian state.