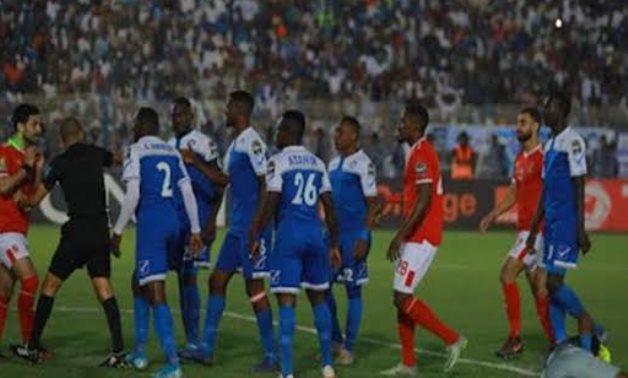 CAIRO-17 February 2022: Friday's game between Al Hilal of Sudan and Al Ahly in the CAF Champions League group stage will be played behind closed doors, the Sudanese club announced on Wednesday.

The game was set to be played in front of nearly 15k fans but CAF decided to play the game without fans in the stands for health concerns.

The Sudanese giants did not accept CAF's decision and requested a meeting with CAF to know the reasons behind the decision.

The last encounter between the two teams in Sudan in 2020, which ended in a 1-1 draw, brings unhappy memories as the fans of the home team went riot after the game, throwing bottles and stones in the direction of Al Ahly players.

Al Hilal know that they need to defeat the Egyptian champions if they want to keep their chances of reaching the next round alive after losing the opening game of the group stage 1-0 to Mamelodi Sundowns.

However, they are aware of the difficulty of the game as Al Ahly, the back-to-back CAF Champions League defending champions, are in a great run of form and they have just won the FIFA Club World Cup bronze medal in the UAE.