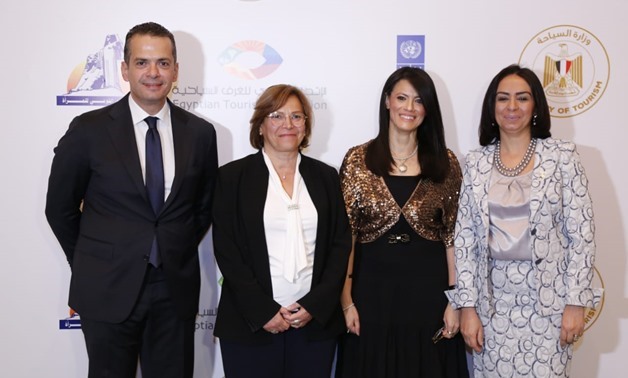 CAIRO – 27 May 2019: The World Tourism Organization (UNWTO) has highlighted the step taken by Egypt, as the first country in the world to introduce the UNDP’s Gender Equality Seal in tourism sector in a tweet Sunday.

What do #UNWTOMembers do?
This week: #Egypt🇪🇬
The 1st country in the world to introduce the UNDP Gender Equality Seal in #tourism. The seal was launched by @MTourismEgypt and Minister @RaniaAlMashat in collaboration with the National Council for Women and @UNDPpic.twitter.com/AotlshCjec

Egypt’s strategy to empower women economically is guaranteed in its tourism reform program, which stipulates to “promote economic empowerment of women by increasing female workforce in the tourism sector. Tourism can empower women, particularly through the provision of direct jobs and income and can be a tool for women to become fully engaged and lead in society. Policy tools include: i. Diversity management; ii. Awareness campaigns tofight against sexual harassment; iii. Non-discrimination values in staff recruitment and training.”

By 2030, Egyptian women will become active contributors to the achievement for sustainable development in a nation that guarantees their constitutional rights, ensures their full protection, and provides – without discrimination – political, social, and economic opportunities that enable them to develop their capacities and achieve their full potential, according to Egypt’s program.

The National Council for Women (NCW) and the UNDP launched the Gender Equality Seal on Friday, in cooperation with the Ministry of Tourism represented by Minister Rania el-Mashat. NCW’s Maya Morsy said that the tourism sector is one of the main fields that attract a large number of women and business leaders.

The unemployment rate among women has decreased from 24.3 percent to 19 percent, said Morsy.

Recognizing a significant progress towards achieving gender equality in Egypt, the UNDP, in collaboration with the NCW, granted the “Gender Equality Seal” to the Egyptian Micro, Small and Medium Enterprises Development Agency (MSMEDA) in March.

The UNDP introduced the Gender Equality Sealto support a more efficient and equitable workplace thatcontributes to the advancement of gender equality and the achievement of the Sustainable Development Goals.


The Gender Equality Seal is expanding globally, after it piloted in Latin America, with more than 400 companies across ten countries have been certified since 2009.

According to the UNDP, the key areas for the Gender Equality Seal certification include: