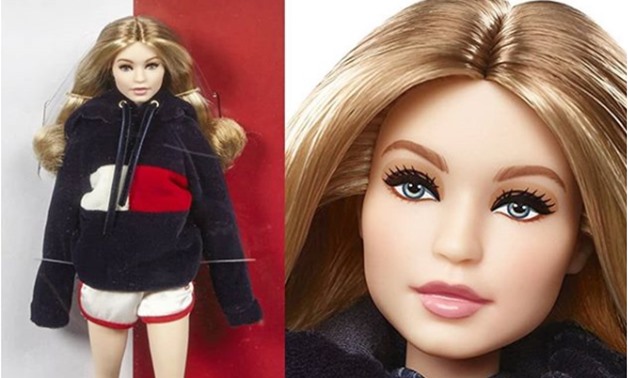 CAIRO – 6 December 2017: The Gigi Hadid and Hilfiger fan armies took over Instagram and demanded that Barbie and Tommy Hilfiger collaborate and bring to life Gigi as a Barbie doll.


The fans have finally received exactly what they all wished for, the TommyXGigi Barbie doll.
Designed and styled in collaboration with Tommy Hilfiger, the doll is dressed in signature Hilfiger wardrobe staple items, as seen on Hadid in her final look at the TOMMYNOW experiential fall 2016 runway event. That was where the first TommyXGigi capsule collection was introduced.

“The collaboration with Gigi and Barbie was an exciting new twist in our brand’s history of partnering with pop culture icons and our ongoing ambassadorship with Gigi. The final look of the TommyXGigi Barbie doll is a celebration of a defining moment in the history of TOMMY HILFIGER womenswear,” Tommy Hilfiger said in a press release.

The journey originally began when Tommy Hilfiger and Mattel partnered up to create two one-of-a-kind Gigi Hadid Barbie looks. Supermodel Hadid is a longtime collaborator with Hilfiger and is the brand’s global ambassador.


“I’m so honored to have my own Barbie, which celebrates my partnership with TOMMY HILFIGER, seeing the doll for the first time was surreal, and I’m so happy that we now get to share her with TommyXGigi and Barbie fans around the world!” said Gigi Hadid.


Back in November, the Sheroes doll collection was launched in favor for Barbie to recognize real-life female heroes such as gold medalist Olympian Gabby Douglas, writer/director and Academy Award nominee Ava DuVernay, fashion model Ashley Graham and many more. They released the first ever hijab-wearing doll in honor of the bronze medalist, Olympian Islamic American fencer Ibtihaj Muhammad.

The doll is now available on tommy.com and barbie.com just in time for Christmas gifting. The doll comes with its own stand and Certificate of authenticity; it retails at $50.