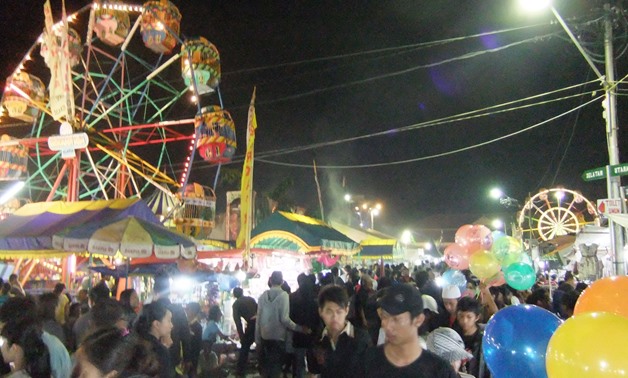 CAIRO – 23 November 2017: The Mawlid al-Nabawi (celebration of Prophet Muhammad’s birthday) is almost a week away, yet millions of Muslims in Egypt and many other countries all around the world are already preparing to celebrate it, as the day will be full of wonderful activities and religious rituals.

Earlier this month, Egypt’s Dar al-Iftaa announced that the Mawlid al-Nabawi will come on Friday, Dec. 1, corresponding to Rabi’ al-Awwal 12 in the Islamic Hijri year.

On this delightful day, children and adults alike go out to enjoy the colorful festivities, give charity to the poor, tell stories and teachings of the Prophet (PBUH), and of course eat the famous

Sufi groups, in particular, are known for going out on this day to some of Egypt's most famous mosques in order to conduct what is known as "Halaqat al-Dhikr", which means the circles of remembrance, where they chant religious poems and hymns to praise Allah and Prophet Muhammad.

One of the most famous poems praising the Prophet (PBUH) is the “Burda” poem by Shaykh al-Busairi (d. 1294), which has inspired many other similar poems and has been sung by many performers over the years.

While the companions of the Prophet (PBUH) did not necessarily celebrate his birthday in such a way, later on in the 11th century, it is believed that the Fatimid dynasty were the ones who initiated the festive traditions associated with the date and the habit of making and eating candy on that day. This became a tradition that would survive for almost a whole millennium to this day.

There are also reports of the 13th century governor of Erbil, Iraq, Muzaffar Gökböri, also celebrated the occasion widely, as he used to celebrate it with Sufis and scholars, according to alsunna.org.

While the Mawlid al-Nabawi is not one of the main Islamic holidays, which are Eid al-Adha and Eid al-Fitr, the Mawlid is still an important event cherished by Muslims, as it marks the birth of the Prophet Muhammad (peace be upon him).