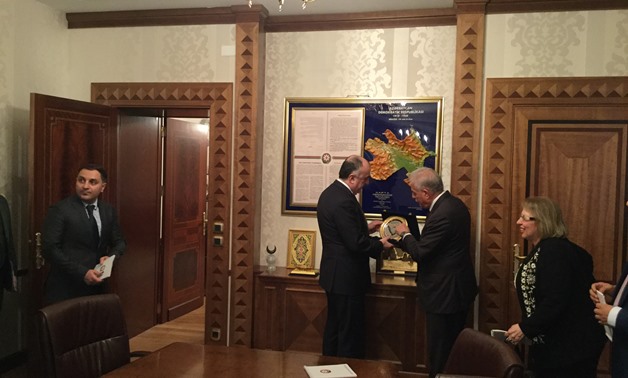 This came following the meeting that was attended by Suzanne Jamil, Egyptian ambassador to Azerbaijan, and a number of civil aviation officials in Azerbaijan.

During the meeting, they discussed the necessity of intensifying promotional publicity for Egypt in the Azerbaijani market, which is considered one of the most promising tourist markets.

It was agreed that Azerbaijan Air Lines would put promotional advertisements for Sharm El-Sheikh flights on the company's website to attract the largest segment of Azerbaijani citizens.

Tourists will be granted incentives to encourage them to come to Sharm el-Sheikh from Azerbaijan, such as free nights in a number of hotels.

Culture and Tourism Minister Abulfas Garayev received a delegation led by Fouda, who is on a visit to Baku.
The direct flights between Egypt and Azerbaijan will be important not only for tourism, but also for expansion of political and economic relations, Fouda said.

Fouda guaranteeing the security of tourists visiting the South Sinai Province stating that there is stability in the region and no danger to the lives of tourists exists.