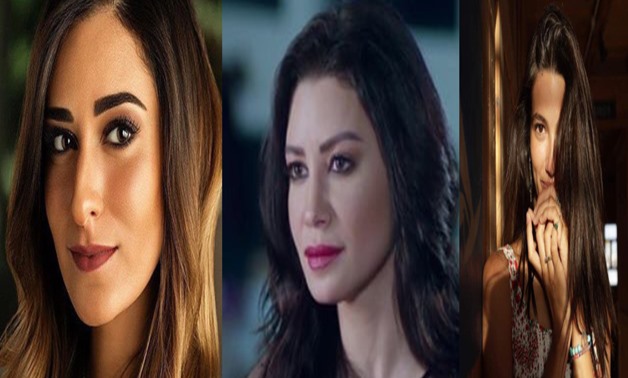 CAIRO –17 August 2017: Egyptians have always had a thing for fashion and dressing up, as many express themselves through style. The public like to imitate the starlets they watch on the big screen.

Here are some Egyptian actresses that have become fashion icons to the public:

Dina El Sherbiny:
Born on March 17, 1985 in Cairo, she has participated in 6 movies and 17 television series, and 1 program.

Amina Khalil:
Born in Cairo on October 26, 1988, she acted in 7 movies and 4 television series. She was the face of the Okhtein campaign that was featured in Vogue Arabia.

Every year, @aminakhalilofficial made us cry, filled our hearts with love and moved us in every possible way. She taught us how to forgive and love again. Every year she changes her character to fit the role, a role very familiar to every human being. We are honored to have her as our local brand ambassador, and we can't wait to show you what we have in store for you. Ladies and gents, the lovely Amina Khalil for @voguearabia Styling by : @littlesundos Direction by: @ikon_x Shot by: @louay_nasser MUA: @sorayashawky Hair: @toibeautysalon Production: @maisonpyramide

Yasmnine Sabry:
Sabry was born on January 21, 1987. She began her career in 2013 in the religious program ‘Khatawat el Shaytan’ (The Devil’s Steps). She has participated in 14 series and 1 film.

Yasmine Raeis:
Yasmine Raeis was born on September 15, 1985. She started her acting career in 2010, but before that, she used to model and made appearances in music videos.

Nelly Karim:
She was born in December 1974 to an Egyptian father and a Russian mother. She graduated from the Ballet Institute at the Arts Academy. She used to dance at the Opera House back in 1991. She starred in her first television series back in 1999.

Tara Emad:
Tara Emad was born on May 11, 1993. She started her career as a model and took up acting as a career back in 2012 since then she has participated in 9 television series and 5 films.

Arwa Gouda:
Arwa Goda was born on September 27, 1984. At the age of 12, she started her modeling career, and then she started acting in 2004, after she was given the title of best model in the world, in Turkey.

Thank you @jadkhaliil a million times for the amazing dress.. comfortable and #elegant what more can a girl #wish for? You're the bestestestestest!!

Hannah El Zahed:
She was born on January 5, 1994. She started her acting career in 2014. She has participated in 8 television series, 2 films and 1 stage play.

Thank you so much! @tccandler Second Egyptian actress after the gorgeous @yasmine_sabri in the 100 most beautiful faces of 2017. #grateful #veryglad #tccandler100mostbeautifulfaces2017