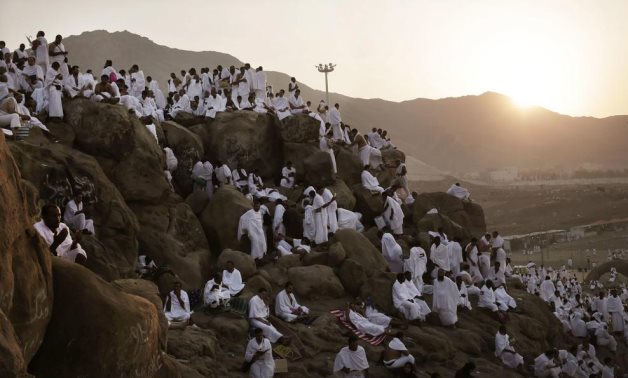 CAIRO – 30 July 2020: The pilgrims of the Sacred House (Holly Kaaba)  began early Thursday morning, to arrive at Mount Arafat to perform the greatest pillar of Hajj.

The opinions of religious scholars differed as to why Mount Arafat was called by this name, as there were several reasons for naming it. Some scholars say that when God sent Adam and Eve from heaven to Earth, they landed in two different locations and met on Mount Arafat.

Other scholars say Gabriel was accompanying prophet Ibrahim[Abraham], and teaching him the rites and scenes, floating around him on the holy mountain, telling him to repeat the words "I knew, I knew", and Ibrahim [Peace be upon him] replied to him by saying, "I know, I know” [which is pronounced as Arafat in Arabic].

It was also said that pilgrims gather on the day of Arafa at the mountain, and get to know each other, repenting and praying to their Lord, as it is a day when mercy descends.

Others attributed the reason for naming the mountain that name is that people recognize their sins, asking God to forgive them.

Reaching Mount Arafat provide Muslim pilgrims the maximum feelings of religious sublimity of Hajj. It is the only ritual in Hajj that is performed outside the boundaries of the holy Kaaba,  where the pilgrims stand on it after the noon prayer on the ninth of Dhu al-Hijjah [Arabic month] asking their lord for mercy and forgiveness.