All you need to know about Egyptian Museums in Int. Museum Day 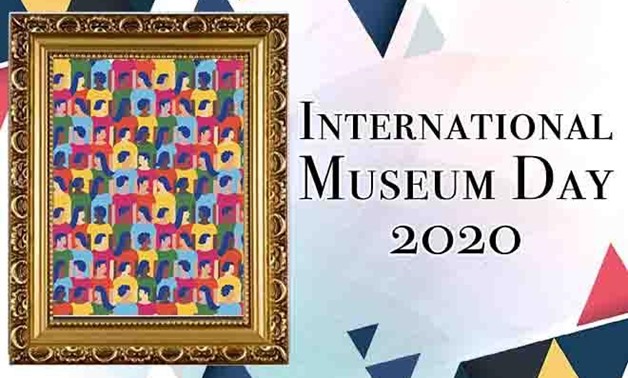 CAIRO - 18 May 2020: Archeologists celebrate the International Museum Day every year on May 18.

According to the Council of Museums, the purpose of the celebration is to allow museum professionals to communicate with the public and raise their awareness of the challenges facing museums in the world.

The Central Agency for Public Mobilization and Statistics showed, within the booklet "Egypt in Figures" for the year 2018, that the total number of museums in Egypt is 72, distributed over 19 governorates, and including 34 archeological and regional museums. FILE - Egyptian Museum in Tahrir
Fayoum and Sohag have the lowest number of museums, where there is only one museum in each of the two governorates, followed by the New Valley Governorate, which has 3 museums. FILE - National Museum of Egyptian Civilization in Fustat
The Central Agency for Public Mobilization and Statistics, based on data issued by the finance sector in the Egyptian Ministry of Antiquities, said that the total revenues of archaeological, historical and regional museums amounted to L.E 169.021 million in 2018 compared to L.E 99.133 million in 2017, with an increase of 70.5 percent. GEM is scheduled to contain more than 100,000 artifacts from the Pharaonic, Greek and Roman eras, and is expected to be visited by over 5 million visitors annually.

That is in addition to the National Museum of Egyptian Civilization in Fustat, which is scheduled to contain more than 50 thousand items. It was decided that its holdings would be displayed in a permanent major exhibition, and six other exhibitions dealing with civilization, the Nile, writing, the state, society, culture, beliefs, ideas, in addition to the exhibition of royal mummies.

Last but not least, there is an exhibition that aims to introduce the development of Egyptian crafts, exhibiting about 420 artifacts.