CAIRO – 25 April 2020: Rock inscriptions documentation project team in Sinai uncovered ancient cave inside which contained a variety of unique and sculpted scenes in the rock during its work in the Valley of Zolma in North Sinai. The head of the Egyptian antiquities sector Ayman el Ashmawy said that the cave is located at the beginning of a tributary of the valley in a mountainous area made of limestone, about 90 km southeast of the El-Qantara el-Sharqîya city. 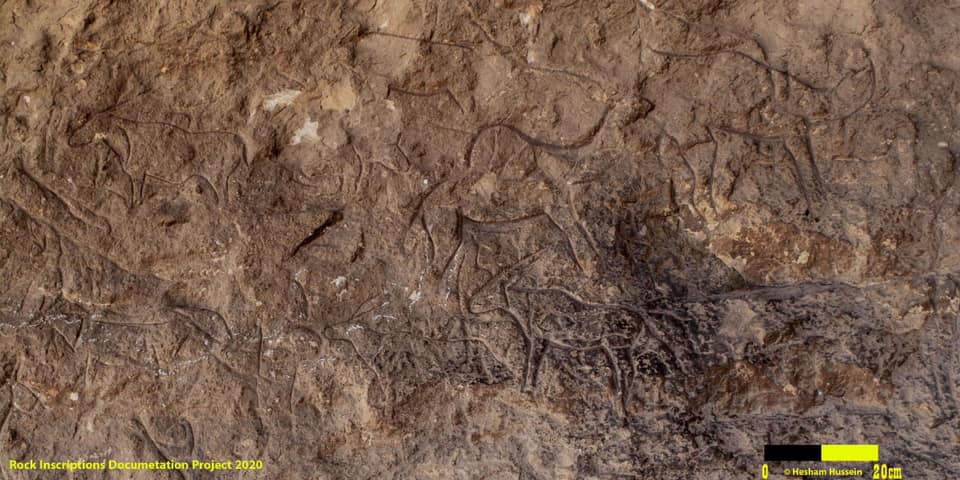 Ashmawy pointed out that the cave is the first of its kind to be unearthed in the area and is larger in than the Zaranig Cave which was documented recently. 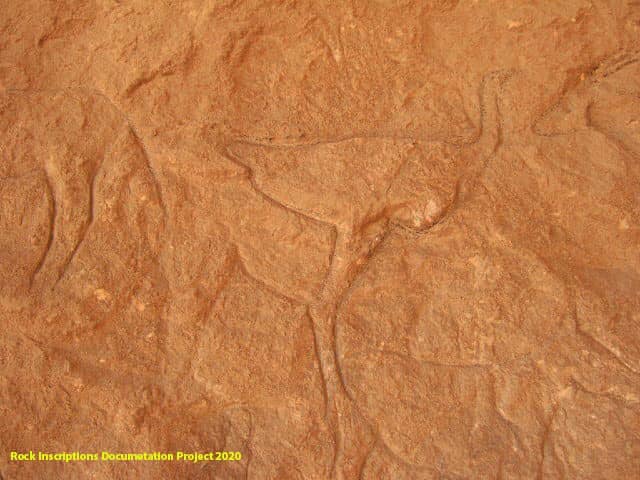 The head of the Egyptian antiquities sector said that the scenes engraved inside the cave is completely different from those in the valleys of South Sinai, where they were implemented in a distinct artistic manner and may rise to the bas-relief, and is being studied to determine its history.

Dr. Hisham Hussein, director of Sinai antiquities and head of the documentation mission, said that most of the unearthed scenes were carved along the walls of the inner cave and depict a number of animals, including unique views of camels, deer, mule, mountain goats and many scenes of donkeys.

About 200 meters southwest of the cave the mission also found the remains of circular buildings made of stone, which is likely to be the remains of a settlement used in the past.

Director General of Arish Antiquities Yehia Hassanien said that the depth of the Cave reaches 15 meters, and about 20 meters high, the ceiling of the cave is made from weak limestone, and is filled with large quantities of animal waste and fire ash, which indicates continuous use of the cave during the successive ages, perhaps as a shelter for locals to protect them from rain, storms and hail in the winter.