CAIRO - 6 April 2020: Egyptian Minister of Culture Inas Abdel Dayem announced the launch of the digital platform for the permanent workshop to prepare and train actors "Start your dream online".

This initiative is implemented by the Theatrical Art House's Youth Theater Ensemble led by director Adel Hassan, and comes within the framework of the free e-initiative, “Stay at Home ... Culture is between your Hands.”

Within the initiative, a daily set of 15-minute video lectures focusing on various theatrical topics are scheduled to be broadcast on the YouTube channel of the Ministry of Culture, and its various social media platforms.

Abdel Dayem stated that the "Start your dream” initiative is one of the ambitious projects implemented by the Ministry of Culture to discover and foster promising and talented people.

The minister also noted that in line with the exceptional circumstance that the country is going through, remote training has been adopted to contribute to achieving the aspirations of talented youth, emphasizing that work is in progress to further develop the “Culture is between your Hands” initiative to attract audiences from different ages and social classes.

For his part, Ismail Mukhtar, head of the Theatrical Art House, explained that the great success achieved by the youth theater workshop "Start your dream" in the last two years was represented in the graduation of three batches that enriched the theatrical scene with a large number of distinguished talents.

"This motived us to launch the workshop on the YouTube channel and the other official platforms of the Theater Art House and the Youth Theater," Mukhtar explained.

Mukhtar added that work is currently underway to launch the project during the upcoming week after completing filming the lectures.

It is worth noting that the “Start your dream online” initiative is an electronic version of the project of training actors in the Youth Theater and aims provide this free service to those interested via the internet. The initiative presents a group of lectures on the various colors of performing arts, including acting, drama, vocal performance and theatrical singing and narration. 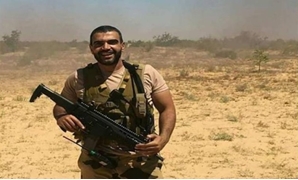