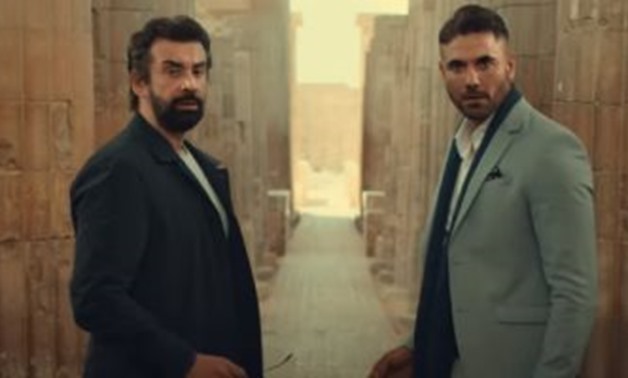 CAIRO - 10 August 2019: For the first time the two megastars Ahmed Ezz and Karim Abdel Aziz will participate together in the film "1919".

The film is based onAhmed Mourad's novel bearing the same name; it will be directed by famed Egyptian director Marwan Hamed and produced by Synergy Films.

Alongside Abdel Aziz and Ezz the film will house a notable group of stars whose names will be announced later.

Abdel Aziz appears in the promo fighting with beloved star Nelly Karim, stirring a lot of curiosity about the events of the new movie.

Produced by Synergy, the sequel follows a huge success of the first part, which grossed more than LE35 million when released in 2014, a record number in the last decade in the Egyptian cinema.

On the other hand Ezzwill compete in Eid el-Adha season with his movie "AwladRezk" (Rezk Sons) part 2.

In Part 2, the brothers are trying to keep up with a covenant to stay off the path of crime, until a sudden something turns their lives upside down, bringing about serious confrontations with notorious criminals.

Famed star Assala Nasri participated in "WeladRezk Part 2" as a guest of honour in her first acting experience.