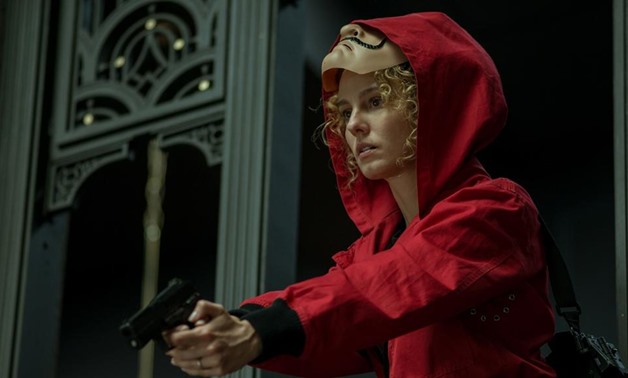 By: Egypt Today
CAIRO - 18 July 2019: It’s no secret that the binge-worthy Spanish crime series, La Casa de Papel, AKA Money Heist, has become regional fan favorite since it first launched on Netflix in 2017, with fans across the Middle East desperate for more! Well, Netflix has delivered, with 8 new episodes dropping on the service on Friday 19th July, 2019.

Part 3 of La Casa de Papel will begin with the gang spread all over the world enjoying their millions on paradise-like islands surrounded by clear blue seas and everlasting sunshine. But, after months of freedom, Rio is arrested. The group will have to come together again to save him the only way they know how: by pulling a heist.

Once again we will see the brain of the Professor at work, doing what he does best: planning an even more ambitious heist. One that is more than just stealing: it’s a real attack on the authorities.

La Resistencia will come together again, bring on new members, and harness the power of the masses to succeed. Because the only way to win is to be united.

The region's favourite family will be joined by new faces, including Hovik Keuchkerian who will play Bogotá and Jordanian-Spanish actress, Najwa Nimri who will play Alicia.
Watch the drama unfold on Friday, 19th July, exclusively on Netflix.