A journey to the space with acclaimed astronaut Daniel Tani 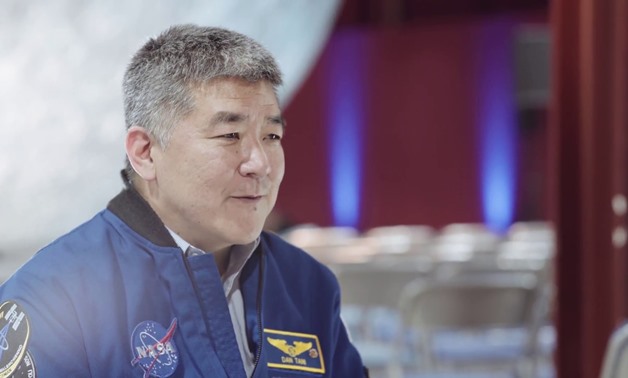 After Tani received his bachelor's degree from MIT, he worked at Hughes Aircraft Corporation in El Segundo, California as a design engineer in the Space and Communications group. He returned to MIT and received his master's degree in mechanical engineering in 1988.

Tani then joined Orbital Sciences Corporation (OSC) in Dulles, Virginia, initially as a senior structures engineer, and then as the mission operations manager for the Transfer Orbit Stage (TOS).

In that role, he served as the TOS flight operations lead, working with NASA/JSC mission control in support of the deployment of the ACTS/TOS payload during the STS-51 mission in September 1993. Tani then moved to the Pegasus program at OSC as the launch operations manager. He was responsible for defining, training, and leading the team of engineers who worked in the launch and control room.

Selected as an astronaut candidate by NASA in April 1996, Tani reported to the Johnson Space Center in August 1996. After completing two years of training and evaluation, he qualified for flight assignment as a mission specialist in 1998. He performed technical duties in the Astronaut Office Computer Support Branch, and Extra-Vehicular Activity (EVA) Branch, and has served as a Crew Support Astronaut for Expedition 2.

Egypt Today sat down with acclaimed American astronaut Daniel Tani where he revealed a lot of interesting facts about his spacewalks.

We didn’t know it was the 100th spacewalk until we were on it, and at the end of the spacewalk they voiced up and said congratulations you are part of the 100th spacewalk. When I started at NASA in 1996, spacewalks were pretty rare and so if a crew got to do a spacewalk on their mission – this is before we started building the space station- this was a big deal and maybe we were doing two or three spacewalks a year. When we were building a space station, they told us building a space station is going to require over 100 spacewalks and we were all like: Oh that’s impossible; how we are going to make like 100 spacewalks; it seemed like mission impossible because every spacewalk before that was a big huge deal.

Then we started building the space station and now we are doing like three spacewalks or four spacewalks at a time on a solo mission, and so they started accumulating like many things in life and you stop thinking about the number and all of a sudden you found yourself in the 100th spacewalk. At that time, I remembered sitting in a meeting and they told me it was going to take over 100 spacewalks to build the space station; we though that’s ridiculous and it is never going to happen and here I am able to do my 100th.

My partner on the spacewalk is a great female astronaut named Peggy Whitson; she went back to space again after I did and she got to do the 200th spacewalk, so she heard: Peggy, congratulations for being on the 200th spacewalk at the international space station, so we reached the 200th in terms of spacewalks. It was as harder as enjoyable as any other spacewalk.

2- What are the unforgettable scenes that you saw during your spacewalks?

I remember looking at the window for the first time. Getting in space for the first time, we were very busy but after a couple of hours on strap, float to the window and see our beautiful earth for the first time from space. Another unforgettable moment is the first time going up for a spacewalk, it was a big process, getting the suit and everything, but finally you open the door and float, holding on to the space station and seeing the whole world in your helmet, the earth and the whole space.

We weren’t so close to the planets and the moon, so the moon and the planets for us looked the same because we didn’t go that far we were rolling a couple of hundred kilometres. Seeing my friends and crewmates in space and having great time with them gave me some precious and vivid memories.

3-Tell us more about your work with NASA; what are the most distinguished projects you have performed with them?

When NASA accepted me to the astronaut program, I joined as an astronaut and of course we got to fly to space, but when we were not flying, which is most of the time, we were helping support our friends who were flying in space or training, so I had jobs at NASA related to representing the astronauts’ opinion.

I think I was lucky to be in NASA in the right time to be part of building a space station, so I felt my contribution to NASA was to actually help build the space station and go up to the spacewalks and successfully be part of it all.

4- What are the planets that are most similar to the Earth?

Mars is pretty close in terms of atmosphere and gravity, but we don’t know much about it; there is no evidence of water yet. Out of a large number of planets that already exist we know only nine; we are trying to figure out how to learn about other planetary systems. Once we learn about them, we can calculate what other planets might be like in terms of water, atmosphere and all that stuff.

5-Do you think in the future that there will be life on Mars?

I think we will going to put people on Mars. I don’t know if they are going to live there; we need to get to Mars first, so that’s a huge problem, because technically this will need a lot of work but I am convinced that’s the direction we are going. It may come in 10 years, in 100 or 200 years, but I think we are going to do it.
What we are doing now in the space station is answering those basic questions about how do people react to long times in space? how do machines act in long times in space? what are the procedures? how do we communicate with astronauts? and all this stuff. That what we are figuring out right now.

6- What are the latest technologies in the space sector?

Processing computers are the biggest thing. Of course, we don’t use the best and latest computers in space because we have the challenge of being in environment where we can get hit by radiation, so the smaller we make computers, the more we protect them from being hit by radiation. We must find fast computers that we know how to protect. The thinking elements of the computers-the sensors- should be smaller and cheaper; these are the parts that understand what is happening around them. Your cell phone has an accelerometer, so it knows if it has been twisted; those phones are great. Now you can buy a little accelerometer on a tiny little ship, so shrunk down you can hardly see it. You can fit a bunch of those all together in a purse. The militarization technology is really fantastic for space technology.

7- What are the hardships of being in space?

The biggest hardship is just being separat from my family, that is the hardest part, and it is not much different than being in the military or being in any other job that requires to be far from home. We as astronauts get the benefit of being safe. Unlike the military, nobody is shooting at us and thousands of people try to protect us, so the benefits are much more than the cons.

8- What are the benefits of being in space?

9- Is there any point of similarity between science fiction movies and real life in space?

Most of the movies I have seen have 20 percent real and 80 percent not real but that’s ok. I talked previously about “The Martian” because almost everyone saw it. What I think is realistic in it is that he reacts in a way I think astronauts are trained to react but what was not real is the physics of how he got saved, an overall the story is great.

10- Do you think that there are other creatures living in space, on other planets?

We don’t know that what, but we are trying to figure out.