Mohamed Ramadan to perform his 1st concert on March 29

He is expected to sing his famous songs "Number One", "Ana el-Malek" (I Am the King) and "Mafia". Additionally, Ramadan will sing his new song "Virus" for the first time in the concert.

Ramadan received the award of the greatest talent nationwide three consecutive times.
He started his career with small roles in TV series like “The Cindrella" until he had his big chance in Yousry Nasrallah's “Ehky Ya Sharazad” (Tell me, Shahrazad).

“Mafia”, the latest song for Ramadan, has taken all social media platforms by storm, and was the most searched on Google, making it the trend of the first days of 2019.

"Zilzal" is written by Abdel Raouf Kamal and directed by Ibrhaim Fakhr. Actress Hala Shiha will co-star with Ramadan after years of hiatus. 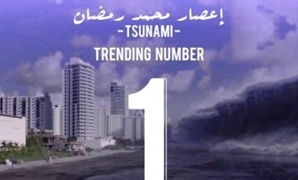 Ramadan, Maitre to cooperate in a duo song