Dalida, A melody of profound chagrin 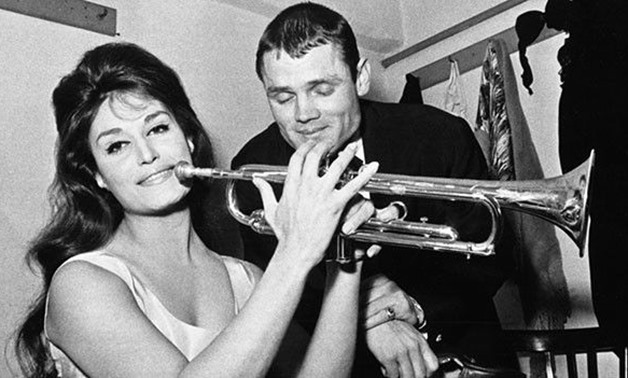 Dalida with Chat Baker in Italy- CC via Wikimedia

CAIRO – 17 January 2019: In celebration of what could have been the 86th birthday of Dalida, we remember a music legend that enjoyed massive presence and unprecedented popularity.

Born in then-diverse Cairo, Egypt, on January 17, 1933, Yolanda Cristina Gigliotti enjoyed a quiet, middle class childhood in Shobra, one of Cairo's oldest and most inclusive neighborhoods. Her father, Pietro Gigliotti, was primo violino at the Cairo Opera House.

At 17, Yolanda won the Miss Ondine beauty pageant, which led her to become a model in Cairo and then win the Miss Egypt crown in 1954. On Christmas the same year, 21-year-old Yolanda moved to France to pursue an acting career and rechristened herself as Dalida.

However, Dalida achieved little success as an actress and so she went to sing in a cabaret on the Champs-Elysées and in a variety show at Bruno Coquatrix’s newly opened Olympia, where she met Lucien Morisse (her future husband) and Eddie Barclay, who launched her career.


Dalida's fame grew exponentially through the 60s; she sold out shows at the Olympia, embarked on international tours and garnered numerous awards, including the Medal of the City of Paris, the Ordre des Arts et des Lettres, and the honorary title of Godmother of Montmartre’s Homeless Children.

In December 1968, Dalida received the Médaille de la Présidence de la République by General Charles de Gaulle and remains the only musician to have received it.

Despite being an icon for happiness and energetic performance and also being famous for her Disco hits like "Laissez Moi Danser", the word "chagrin" as pronounced in French always reminds me of Dalida; I can even hear her saying it.


Of all the songs I enjoy for Dalida, I enjoy the ones that reveal her personal vulnerability, and ours, and show her struggle with loss the most. In the early 70s, Dalida decided to share a piece of the most profound part of her soul and performed songs like "Je Suis Malade" and "Pour ne pas Vivre Seul". And while promoters were unsure of that step, she was.

That transitional period in Dalida's career gave us a glimpse of what it could have been like on the other side of her public achievements; beautiful Dalida had to put up with grave loss so many times in her private life.

Dalida first tasted the bitterness of loss in 1967, when her fiancé Italian singer Luigi Tenco shot himself in the head in their hotel room following their elimination from Sanremo Festival. One month later, Dalida attempted suicide for the first time with a drug overdose at the Prince of Wales Hotel in Paris. She spent five days in a coma and several months physically recovering.

The end of that year deepened Dalida's relation with loss after she terminated a pregnancy conceived with an 18-year-old student; the abortion left her infertile.

In September 1970, her ex-husband Lucien Morisse shot himself in the head. Five years later, her friend Mark Brant jumped off an apartment building in Paris and former boyfriend Richard Chanfray committed suicide. With too much sorrow to leave room for joy, Dalida unusually declined the Légion d’honneur the following year.

With a simple note that reads: "Life has become unbearable for me…Forgive me," Dalida ended her life on May 2, 1987, with an overdose of barbiturates. Her funeral was held at La Madeleine and she was buried at the Cimitière de Montmartre.

Following Dalida's death in 1987, she became just the third woman in France to have a statue erected in her honor, alongside Joan of Arc and Sarah Bernhardt. She also appeared on a limited edition stamp in 2001 and the 20th anniversary of her death was marked with an exhibition on her life at the town hall.

To this day, Dalida still holds a very special place in the hearts of her fans. Besides being an extraordinary performer, Dalida was a woman we can relate to in her strength and her weakness, most importantly a woman who wasn't scared of her strength or her weakness.