Some of the artifacts while being transferred to its new location- Egypt Today.

CAIRO – 29 November 2018: The National Museum of Egyptian Civilization in Fustat received 800 antiquities that previously resided in the Grand Museum in Tahrir. These are the last pieces of a total of 6559 antiquities previously transferred in several stages.

Mahrous Said, general supervisor of the National Museum of Egyptian Civilization, clarified that the transportation works come within the framework of the Ministry of Antiquities' plan to prepare for the opening of three new exhibition halls in the museum.

Said further added that the antiquities discovered in the excavations of Ezbet el-Walda in Helwan, headed by Egyptian archaeologist Zaki Sa’ad, have been deposited in the basement stores of the Egyptian Museum of Liberation since its discovery between 1941 and 1954.

The collection includes a number of rare artifacts which reflect the political, financial, social and spiritual life in ancient Egypt.

One of the most significant pieces within the collection is limestone doors that constitute an important architectural element in the construction of Egyptian tombs in ancient times. The collection also includes a number or pots, as well as tables of marble, basalt and other stones.

Additionally, the collection contains a number of coffins made of pottery and a number of ornaments made of agate and glass. 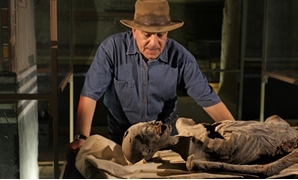 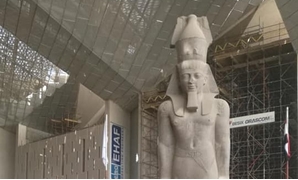