By: Mustafa Marie
CAIRO – 16 August 2018:Popular star Ehab Tawfik will perform a concert Aug.16 at 10 p.m. as part of the closing ceremony of the 27th edition of the Salah el-Din Citadel International Festival for Music and Singing.

Tawfik will perform some his most popular 80s and 90s songs, including "Allah Alaik Ya Sidi" (You are So Great), "Tetraga Feya" (Beg Me), "Maraseel" (Letters) and many more.

The first concert is going to be held at 8 p.m. on Mahka Theatre 1, in which singer Niveen Ragab will perform along with Mohamed and Heidi's Orchestra. Ragab is going to sing a selection of the golden era's songs, beside her hits.

Some of the songs included in the program are "Benlef" (We Turn), "Qal Gani Ba'd Yomain" (He Returned Two Days Later), "Habibi Wala Ala Balo" (My Love Never Cares), and more. 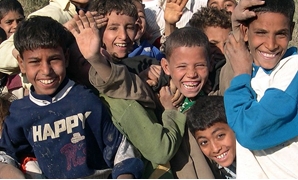 Tawfik, Shaeri to perform duet together Ehab Tawfik to perform in Zamalek on Aug. 29 Mohamed Ramadan to perform his 1st concert on March 29