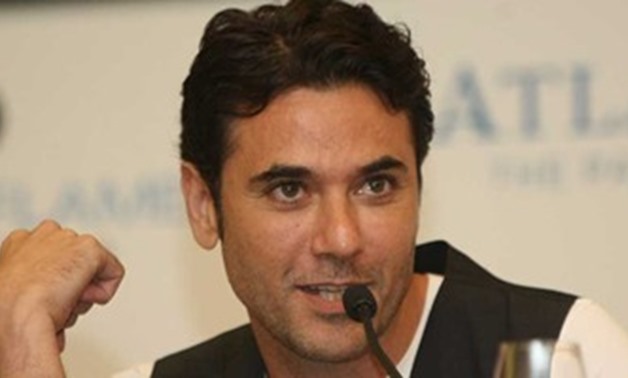 The star commented to “Al Watan” news agency that he is not only training in the gym, but actually training on how to hold weapons and deal with military hardware.

Ezz mentioned that the style of training for his new role completely differs from the type of training he performed for his previous movie “El Khaleya” (The Cell) that gained exceptional success at the time of its release.

“El Mamar” (The Passage) is scheduled to be filmed during the next few weeks.
Stars Ahmed Rizq, Mohamed Farag, Mohamed al-Sharnouby and Asma’a Abu Zeid are performing alongside Ezz in his new movie.

Scenarist Amir Teima and veteran Egyptian director Sherif Arafa cooperated on the movie. It is expected to be another great success for the star and the entire cast.
It is worth noting that numerous stars previously declined requests to participate in the movie for reasons that were not made public.

Ezz recently returned from a short vacation in the Netherlands, particularly in the beautiful city Amsterdam, and is finally preparing for the filming.

The star headed for the short vacation in Amsterdam after filming his Ramadan series “Abu Omar el-Masry”, which achieved booming success.

Arafa is currently putting the final touches on the movie’s costumes, making sure it matches the era the movie is representing; the 1960s.

The experienced director assured that costumes used in the dramatic project are very important as they must match the era the work represents in order for it to be more realistic.

Star Ahmed Rizq was nominated for the leading role in the movie instead of actor Mohamed Mamdouh, who stepped down from the role.

The director nominated actress Asma’a Abu Zeid to perform one of the important female roles.