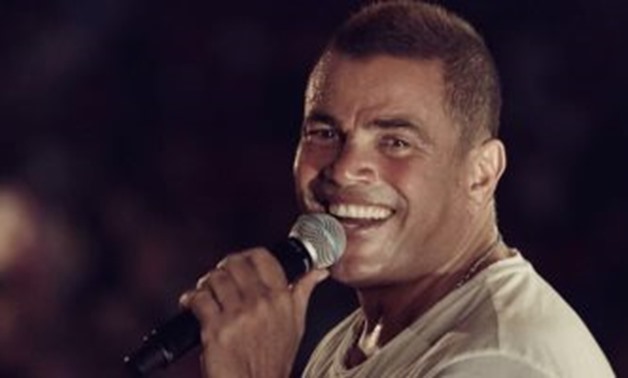 By: Egypt Today staff
CAIRO – 14 April 2018: The superstar Egyptian singer Amr Diab will perform a concert in St. Petersburg city in Russia on June 18. This concert is tailored to back the Egyptian national team who will be participating in the World Cup in Russia at the same time. The concert will take place under the tag line ‘Egypt celebrates the World Cup’.

Tickets are available now and booking will be openuntil mid May. Diab is expected to perform in the concert his famous song “Al-Farha El-Leila” (Tonight’s Happiness) that he composeddirectly after the Egyptian national team qualified to the World Cup, in addition to a group of his famous songs. St. Petersburg is considered the second largest city in Russia after Moscow. It is worth mentioning that the Egypt-Russia match will occur on June 19.


His most famous album is “Nour el-Ain” (Our Eyes Beam), which brought him to the international scene and earned him the title of “The Father of Mediterranean Music” for his style of blending Egyptian and western rhythms.


The mega star, who founded the record company Mediterranean Music, has had his songs translated into seven languages.


Diab’s first album was named “YaTareeq” (The Path) and was released in 1983. His most recent album, “Meaddy El-Nas” (Surpassing People), was released in July 2017 following a major viral promotion campaign across Cairo sponsored by Egypt Linx.