By: Egypt Today staff
CAIRO – 13 November 2017: Minister of Antiquities Khaled al-Anani embarked on an inspection tour at the archaeological site Umm al-Breijat on Saturday during his visit to Fayoum to attend the 20th Conference of the General Union of Arab Archaeologists, held from November 11 to 13.

During the tour, Anani was accompanied by the head of the Ancient Egyptian Antiquities Sector Ayman Ashmawi and Assistant Minister of Antiquities Mohamed Abdel Latif.

Ashmawi said that Anani is keen on inspecting the site and the dig that has been made by the Italian French mission since 1988, whose latest discoveries in the site was a textile workshop dating back to the Ptolemaic dynasty.

The site includes many historic buildings and houses dating back to the Greco-Roman Period as well as a large number of papyri written in the Hieratic and Demotic scripts.

The 20th Conference of the General Union of Arab Archaeologists entitled “Studies on the Antiquities of the Arab Nation” was held in Al-Fayoum University in the presence of Anani under the patronage of Ali Radwan and under the auspices of the Arab League, the Association of Islamic Universities, the Committee of Architecture and Arts, and the Islamic Educational, Scientific and Cultural Organization (ISESCO). More than 140 scholars and researchers, all from Arab countries, participated in this conference.

In the opening session of the conference, Anani said that the General Union of Arab Archaeologists plays a very important role in combating the challenges facing the Arab antiquities and culture that the terrorist groups are trying to destroy.

During the conference, the most important archeology researches and studies were discussed, workshops and dialogue sessions were held between researchers, and tours to historic places in Fayoum were made. 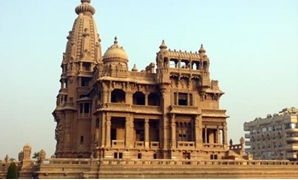