Before Mena Massoud...5 Egyptians who made it big to Hollywood 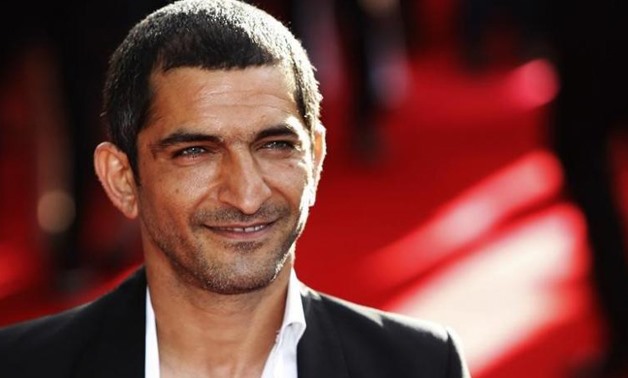 CAIRO - 17 July 2017: After a search for Middle Eastern actors, to avoid the problem of “whitewashing,” Egyptian-Canadian actor Mena Massoud has been chosen by director Guy Ritchie to play the role of Aladdin in Disney’s new live-action remake of “Aladdin.”

Mena Massoud is not the first Egyptian to star in Hollywood; here are Egyptians who’ve already made it big to Hollywood.

Rami Malek is an Egyptian-American actor who is best known for his role in the hit American thriller TV series “Mr. Robot” for which he won a Critics' Choice Award and the Primetime Emmy Award for Outstanding Lead Actor in a Drama Series. Malek was born to Egyptian parents and his father was a tour guide in Cairo.

He is popular for writing and directing the “Mr. Robot” TV Series and is the one who introduced Malek to such a large audience.

Esmail was born to an Muslim Egyptian family in New Jersey. When he was 5, his family moved to South Carolina, where he experienced racism because of his Middle Eastern roots.

Amr Waked was trending on Twitter in Egypt for appearing with renowned American star Scarlett Johansson in the movie “Lucy,” not to forget their intimate scenes. He has also appeared in “Salmon Fishing in the Yemen” along with Ewan McGregor and Emily Blunt.

Waked is one of the most successful Egyptian actors among the current generation.

Omar Metwally was born in Queens, New York to an Egyptian father and a Dutch mother. This heritage aided him in being able to portray the character “Anwar El-Ibrahimi” in the movie “Rendition” alongside Meryl Streep and Reese Witherspoon. Anwar El-Ibrahimi, the main protagonist in the movie, is an Egyptian living in the U.S. and he gets arrested by the police under the suspicion of being a terrorist.

He has also been featured alongside Liam Neeson in the film “Non – Stop.” He is most recently known for his lead role in the television drama series The Affair as Dr. Vic Ullah.

He is an Egyptian actor who was introduced to cinema by the director Youssef Chahine in 1994, in his film “Al Mohager.” He had a pretty good spotlight in Hollywood for his roles “Mullah” in “Kingdom of heaven”, “Ibrahim” in “The citizen” and “Hammad” in “Fair Game” with Naomi Watts and Sean Penn.