I Am Malala: Book review 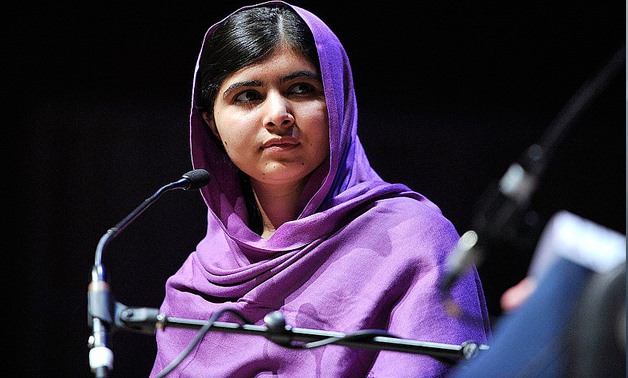 CAIRO - 12 July 2017: In October 2012, a militant Taliban shot a 15-year-old girl in a school bus in the Swat District of Pakistan. She miraculously recovered and a year later, Malala Yousafzai became an international symbol of pacific protest.

She wrote a memoir, which became a global bestseller, gave a speech at the UN, met the former U.S. President Obama at the White House, and became the youngest winner of Nobel Peace Prize in 2014, beside a number of prestigious global awards.

Yousafzai and her family currently live in England, yet in this book, she explains how much she misses her home country and wishes she could be with her friends enjoying the beauty of the nature of the Swat Valley.

"The Taliban could take our pens and books, but they couldn't stop our minds from thinking," notes Malala in her book.

The readers of ‘I Am Malala: The Girl Who Stood Up for Education and Was Shot by the Taliban’ cannot but admire the young girl’s bravery.

She challenged the Taliban's rules and refused to cover her face, or hid her school bag from the Taliban eyes under her shawl as did other school girls.

She spoke to both national and international media, gave speeches, and campaigned for one main purpose: defending Pakistani girls' rights to go to school and to receive a good education.

Yousafzai quotes in her book, "Why are we Muslims fighting with each other? We should focus on practical issues.

We have so many people in our country who are illiterate, and many women have no education at all.

We live in a place where schools are blown up. We have no reliable electricity supply.

Not a single day passes without the killing of at least one Pakistani."

I am the story of Pakistan

By narrating the stories of her activist father, illiterate yet prudent mother, grandparents, and village, Malala elucidates much about the history and the culture of the Pashtuns, as well as Pakistan's political situation and contemporary history.

She even described the process of her extended family being forced to leave their valley due to insecurity issues related to the Taliban as “the biggest exodus in Pashtun history.”

Much of the book is in fact the story of Yousafzai’s father, Ziauddin Yousafzai; where almost no single page goes by without some mention of him. But, after reading about his activism and fierce struggle, it is no wonder that he had such a bright daughter like Malala.

It was both heartbreaking and inspiring to follow Yousafzai’s lengthy struggle to make his simple dream come true: to build a school and to help Pakistani male and female children receive a decent education.

He found himself facing corrupt government officials whom he refused to pay bribes. He challenged a neighbor living across from the school who believed girls’ education was prohibited in Islam. And he dealt with the reality of having a decreasing number of female students attend the school because of the domination of Talibans’ ideals.

Never giving up on activism, Yousafzai stood up against the “Talibanization” of Swat valley and played a role in addressing the environmental problems of the region.

The Taliban started bombing girls' schools and decreed that girls are banned from going to schools. This is when Mr.Yousafzai started his most honorable fight against the Taliban and encouraged his daughter to stand up for the rights of women and to be educated despite the death threats he frequently received.

"I Am Malala" is a deeply inspiring read for everyone, but particularly for young girls.