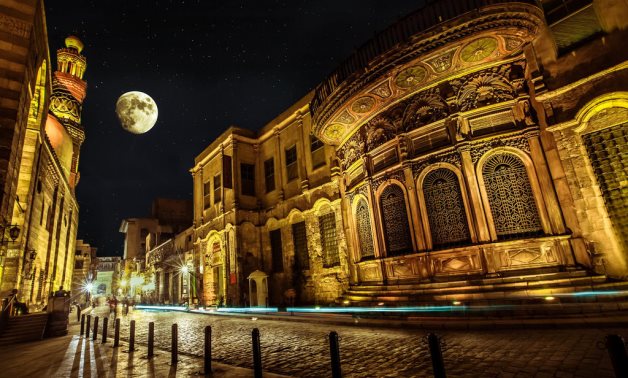 CAIRO – 25 August 2021: Under the auspices of President Abdel Fattah El-Sisi, the Egyptian state is currently focusing on raising the citizens’ awareness of numerous important issues, mainly to immunize youth against extremism.

The President instructed to provide full support for these projects.

Cairo is one of the most important and largest historical cities in the world; it is a lively city characterized by the richness of its urban fabric, as well as the multiplicity of monuments and historical buildings that reflect its long history as a political, cultural, commercial and religious capital of the Middle East and the Mediterranean basin.

President Sisi assigned the government to develop Historical Cairo, evacuating the ministries and government administrative headquarters from the city, and allowing Cairo to return to its historical, cultural, and touristic splendor.

A budget of L.E. 2 billion was allocated for the first phase of development, and that budget will rise to L.E. 6 billion in the coming years.

The Urban Revitalization Project for Historic Cairo is one of the projects of the Ministry of Tourism and Antiquities represented by the General Administration of Historic Cairo in partnership with the Faculty of Engineering, Cairo University; and the Center for Archeology and Environment Engineering. The project started in 2017.

The study includes many axes related to historic Cairo, which has been registered on the World Heritage List, based on the recommendation of the International Council on Antiquities and Sites (ICOMOS), since 1979. The city has been regarded as a rare architectural masterpiece, embodying the confluence of various civilizations and human interactions that still remain obvious in the planning of its ancient streets.

This city is a distinct model of Islamic architecture, as it collected unique architectural examples from the Umayyad, Tulunid, Fatimid, Ayyubid, Mamluk and Ottoman eras.

In view of the richness of the architecture that adorns the sky of Cairo, scholars, historians and the public have known it as “the city of a thousand minarets.”

Historic Cairo includes several sites that represent a unique form of human settlement combining the religious and residential uses of the place, namely Fustat, Misr el-Qadimah, the central region, which includes Qata’ea, the Tulunid Royal City, the Citadel, Darb al-Ahmar, the Fatimid nucleus, the Port of Bulaq and Al-Jayoushi Mosque.