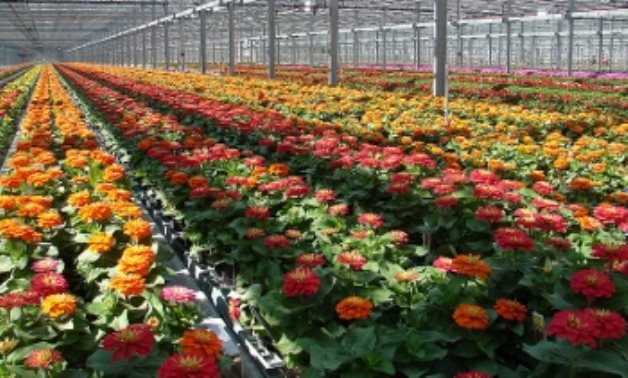 CAIRO – 7 March 2021: International Relations Supervisor at the Ministry of Agriculture and Land Reclamation Saad Mousa unveiled Saturday that a number of joint projects with Sudan will be launched soon in the sector.

Those include a horticulture farm and an animal production farm, Mousa said pointing out that such projects are the outcome of talks to cooperate in the fields of agriculture and animal production.

The official added that Egypt grants Sudanese candidates scholarships to join training programs at the Egyptian International Center for Agriculture (EICA). He added that Egypt is eager to transfer expertise to the Sudanese side in the fields of seed production as well as vial and vaccine production to protect livestock and improve output.

Mousa stated that President Abdel Fatah al-Sisi is eager to maintain continuous communication with Sudan and other fellow African states.

In 2019, Egypt started establishing three fish farms and an animal farm in four African countries, said Head of the Project of African Farms, affiliated with the Ministry of Agriculture, Maher Maghraby.


Egypt started establishing fish farms in Algeria, Malawi and Zimbabwe, and an animal production farm in Uganda, Maghraby added in his speech at the meeting of the Parliament's African Affairs Committee, noting that the ministry had received requests from other African countries to establish similar projects.

Maghraby continued that these projects had begun in 1998, noting that Egypt had helped Nigeria when it suffered a famine in the second half of the 20th century.

"These projects were suspended following the 2011 revolution and then were revived over the past few years," Maghraby explained.

In February 2018, the Ministry of Agriculture and Land Reclamation announced the establishment of a joint Egyptian-Eritrean farm in Eritrea, the seventh joint farming project between Egypt and fellow African countries, Egypt’s state-owned news agency reported.

In Togo, the Egyptian-Togolese Joint Farm project was launched in November 2017.

During recent years, the Egyptian Ministry of Agriculture in cooperation with the Ministry of Foreign Affairs focused on cooperating with African countries in many fields especially agriculture.

In an attempt to enhance the competitive ability of the African countries’ produce and their economic development, the Ministry of Agriculture has established joint model farms with African countries. The project aims to carry out joint agricultural research to increase agricultural productions in Africa.