Natural Gas or Electric Cars: What to Go For 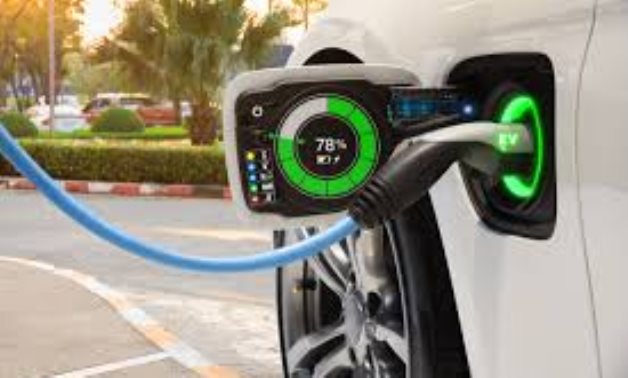 CAIRO - 11 September 2020: In May, Egypt's daily production of gas rose to 7.2 billion cubic meters, which has prompted President Abdel Fatah al-Sisi to urge licensing only natural-gas-powered cars. Simultaneously, Egypt seeks to manufacture electric vehicles locally, and introduce charging stations. The consumer's choice will be majorly determined by the price of the vehicle, and the prices of gas and charge.

In June, Minister of Public Enterprise Hisham Tawfik stated that the consumer price of the electric passenger car produced by El Nasr Automotive Manufacturing Co. will be LE300,000.

It is noted there are around 10 brands in Egypt offering "used" electric vehicles at higher prices. Some of those require consumers to pay an eternal subscription worth dozens of thousands of pounds, while others offer annual subscriptions at a few hundred pounds. However, one brand offers free charges until a law is promulgated to designate prices. The charge takes from several hours to few minutes. The less it takes, the more the consumer pays. The cost of the full charge varies between LE60-LE150, according to the battery's capacity, which determines the number of kilometers that can be driven by a charge.

The cars to be produced by El Nasr Automotive Manufacturing Co. – originally Japanese – can be driven for 400 kilometers per charge. The charge saves LE 8,000 per 10,000 kilometers compared to gasoline-powered counterparts, according to official statements.

One con of electric vehicles is that tires can wear out fast because they are heavy given that the battery weighs up to 450 kilograms. Thus, they may need to be changed after driving 16,093 kilometers. However, the battery weight may decline over time, subsequently eliminating such burden. Another con is that the warranty of the battery is up to eight years or 160,934 kilometers. A report released by Bloomberg New Energy Finance (BNEF) showed that the battery price per kilowatt/hour fell in 2019 to $156/kwh by 87% and 13% compared to 2010 and 2018, respectively. The report speculates that the price of the battery – whose average capacity until present is 41 kilowatt/hours - will drop below $100 in 2024/2025 and record $61 in 2030.

Around 23 million vehicles worldwide are powered by natural gas, according to the U.S. Department of Energy. That is 1.6 percent of the world's 1.4 billion cars on the road, according to Cars Guide website.

The number of electric cars in Egypt is few hundreds out of 7 million passenger cars in 2018, while that of gas-powered ones is 320,000. A portion of those can be taxis as their figure along with licensed minibuses is 700,000. The numbers of licensed buses and trucks are 180,000 and 110,000, respectively.

Glimpse into the Future

The Ministry of Petroleum and Mineral Resources targets transforming 50,000 gasoline-powered cars into natural gas ones in FY2020/2021. The plan includes introducing 50 natural gas stations annually until the total hits 366. It is noted that the prominent type of natural gas vehicles in Egypt is bi-fuel so as the driver has the option to depend on either natural gas or gasoline. For a vehicle to be transformed, it must not be older than 20 years, and the capacity of the engine must not be below 75 percent. The cost of transformation, that is LE8,000-LE12,000 - can be paid in installments.

Until present, the state is focusing on transformation meaning turning passenger cars into bi-fuel vehicles. And, there is no mention of dedicated natural gas vehicles, whose engines are designed to run on natural gas solely.

As for electric vehicles, the Ministry of Electricity will establish 1,000 fast charging stations annually with a capacity of 50 kilowatt/hours over at least 3 years. The current figure of charging stations is 130.

Taxis and minibuses make up a remarkable portion of such plans as the Ministry of Industry and Trade eyes transforming 147,000 of those into natural gas over three years. Also, there is a target to replace 11,000 taxis with electric ones.

Governmental entities will be mandated to replace 5 percent of their fleets annually (7,000 cars) by electric vehicles. The government will provide investors with subsidies - worth LE50,000 per vehicle - for the first 100,000 locally manufactured electric cars.

Commenting on whether the future in Egypt will be for natural gas cars or electric cars, Head of Petroleum Unit at the Chamber of Commerce Hosam Arafat tells Business Today Egypt that the determinant will be the price and the purchasing power of the consumer.

Arafat says the world heads to electric vehicles as batteries are being developed to be driven for 650 kilometers per charge. However, the fact that Egypt has a surplus of natural gas puts dwellers in a position to make good use of it, Arafat explains. In addition, natural gas cars in Egypt are typically regular gasoline-powered ones that were transformed to be bi-fuel. As such, the consumer will have a variety while producers will not have to make major adjustments.