The Way to self-sufficiency, sustainability through bioenergy 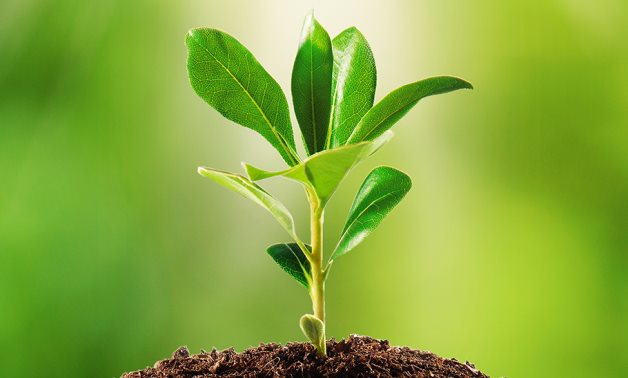 CAIRO - 4 September 2020: Sustainability is the language of the future. And, efficiency has always been the language of business. In spite of the increasing care given to renewable energy, particularly solar and wind, bioenergy is still overlooked. The same as solar and wind energy are extracted from natural blessings, bioenergy is driven from the waste of living beings which is available in abundance in a country where the population size surpasses 100 million.

Bionergy is divided into biogas, biomass, and biofuel. Chairman and Owner of Triple M Construction Hatem al-Romy tells Business Today Egypt that biogas is produced from matters that decompose in the absence of air and the activation of bacteria. However, some substances such as rice straw cannot be decomposed by the digester. Also, bacteria need moderate temperature so the cooling and heating of digesters can be done through solar energy.

The sources of input are typically human waste, manure, and waste of factories manufacturing dairy products and juice. That is in addition to plant residue, grass, and water hyacinth growing on the Nile River.

The process goes as follows the digester is installed underground where fresh waste is put for 30-45 days. Bacteria are then activated producing methane gas and carbon dioxide as well as compost. "Biogas compost is virus free because it is subject to heat," Romy points out.

Any plant in a digester will produce gas, except for jojoba, jatropha, corn, and other species that produce oil.

Biogas is colorless, lighter than air and not toxic so if a leak occurs, no harmful consequences will take place. The gas can be used directly or to generate electricity, the chairman and owner of Triple M Construction says.

Biomass energy is organic substances burnt without air so as the heat generates electricity, and results in compost. Rice straw can be used in such process unlike biogas generation.

Biodiesel is generated from oil production plants such as jojoba, jatropha, and corn. Those are squeezed and the oil is extracted to fuel vehicles having engines powered by petrol.

Nevertheless, some countries ban using corn to produce biodiesel as the crop is cultivated with fresh water unlike jojoba and jatropha that can be cultivated by wastewater and seawater, Romy highlights.

Biogas can be used directly to warm pourtly farms or power rural houses, particularly home appliances such as fridges and ACs, the renewable energy expert showcases.

In a world that will run out of fossil fuel in less than a century, alternatives must be sought to fuel aircraft. Until present, the demand on biofuel is driven by mandates to reduce footprint. The United States Department of Agriculture indicates that the production of biodiesel was on the rise between 2001 and 2013.

However, it started to decline since 2011 because of the falling gasoline prices. According to Reuters, biodiesel currently costs four times the price of gasoline, which challenges the expansion in its use. The top exporters of biofuel are the United States and Brazil, while the top importer is the European Union (EU).

For small and medium plants, investors can recover the initial costs within three years taking into consideration that the machinery survives for 20 years, Romy underlines.

As for the input and output, 1.5-3 kilograms of waste produce one cubic meter of gas which can be used to produce power of 2 kilowatt-hours worth LE4. Hence, the kilowatt-hour coming from biogas is worth just LE2, the chairman and owner of Triple M Construction explained in a video posted on his Facebook page.

As biogas is still not common in Egypt, the ton of manure is sold at low prices like LE50-70. Hence, only large farms – having as much as 8,000 cows - are interested in selling manure in Egypt. Smaller ones just get rid of it in a way or another, Romy laments. The expert shed light on the fact that Egypt produces 300,000 tons of organic waste daily and still the most common is small units, while a country like Germany has 6,000 factories.

The size of the biogas units differs according to the size of waste. Hence, if a farm has three cows, its unit will be much smaller than a farm having 10,000 cows. As for biomass, the units are typically larger. One biogas unit consists of one digester.

Anyone can learn how to operate a digester. The design can be made by graduates of relevant science majors such as mechanical engineering, and agro-science, Romy says.

The expert elaborates that biogas was introduced in Egypt 35 years ago by the Agricultural Research Center in Moshtohor. "The technology can be purely Egyptian. Most units in Egypt are made locally. Yet, large units are still being imported," Romy says. The businessman gives the example of his own company, which established a research center specialized in renewable energy, including bioenergy, sponsored by the British University in Egypt (BUE) and the American University in Cairo (AUC).

State Investments in the Bioenergy Field

In 2015, the Bioenergy for Rural Development Project was jointly launched by the UNDP and the Ministry of Environment. CEO of the foundation carrying the same name Ali Abou Sena told press in September that the target is installing 3,000 biogas units in rural areas across the country in 2019 and 2020, and that around 2,000 had been introduced in rural houses.

Abou Sena stated that the units are installed by small enterprises, and that 25 of those had joined the project. The value of funding given to businesses and consumers is LE1 million and LE500,000, respectively. Sixty percent of the sum are reimbursed as a loan, while the rest is a grant.

In 2019, the Bioenergy for Rural Development Foundation signed with the Science and Technology Center for Excellence affiliated to the Ministry of Military Production a contract to carry out a feasibility study to establish a biogas factory.

The study is scheduled to be finished in 6 months while the factory is planned to be accomplished in 12 months. Its daily production size is expected to be 500 cubic meters.