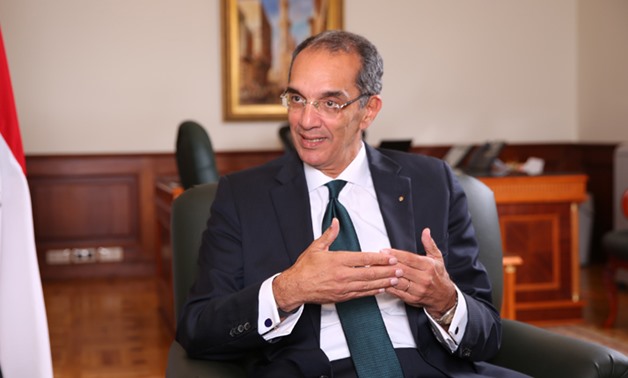 Cairo - 18 February 2020: Communication Minister Amr Talaat Tuesday unveiled steps adopted by his ministry to achieve the strategy of "Digital Egypt", which seeks switching to the digitization.

The minister added that the digitization of Port Said and transforming it into a smart city will be one of the earliest achievements of the strategy, which is based on two key pivots; digital transformation and development of human capacities.

The minister made these remarks during a meeting with members of Eitesal organization. The meeting was held as a part of "Meet The Government" initiative that has been launched by Eitesal a few years ago.

The first stage of the pilot digitization project in Port Said was launched in mid-2019, minister Talaat said, noting that the fourth stage will be launched in the coastal city in the coming few weeks.

Talaat said that the initial launch of digitized public services will take place nationwide in the next couple of months, noting that these services cover many areas including notarization, renewing driving licenses, utilities and electricity, municipalities and agriculture and marriage officiants.