By: Egypt Today staff
CAIRO - 21 December 2019: Fruit and Vegetables exports rose by 200,140 tons in 2019 compared to last year to record 5,235,140 tons from 5.35 million, the Central Department of Agricultural Quarantine at the Ministry of Agriculture announced on Saturday.

Egypt has succeeded in opening new markets for agricultural crops, especially in China, the European Union and East Asian countries. That is in addition to Egypt's success in lifting the ban on Egyptian agricultural exports in some countries, which confirms the safety of Egyptian procedures and the quality of the agricultural crops, former Minister of Agriculture and Land Reclamation Abdel Moneim el-Banna said. 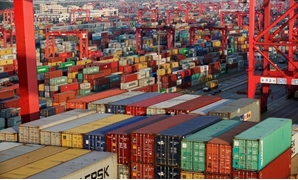 National needs of fertilizers covered by 70%