Fortune of Nassef Sawiris rises by $1.5B in few months 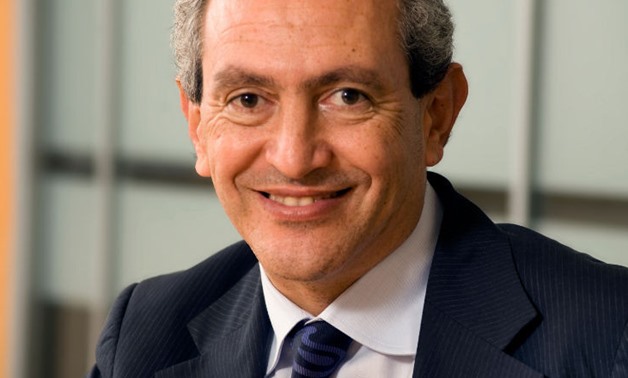 CAIRO - 22 July 2019: The fortune of billionaire Nassef Sawiris rose by $1.5 billion over the past few months to become $7.9 billion as Aston Villa achieved victory to compete in the next edition of the Premier League and a partnership deal between OCI NV and ADNOC was concluded.

That partnership will give rise to the largest producer and exporter of nitrogen fertilizer in the MENA region. The share of OCI NV is 58 percent, while the rest will be held by ADNOC. The annual production is estimated at 5 tons of urea and 1.5 tons of ammonia.

On the other hand, Aston Villa, of which Sawiris is a co-owner along with Wes Edens, won a decisive match in May to take part in the Premier League that will kick off in August. Forbes updated on Monday Sawiris’ net worth to mark $7.9 billion instead of $6.4 billion recorded in March. Nassef Sawiris, 58, belongs to a family of billionaires as he is the son of Onsi Sawiris and brother of Naguib Sawiris. The fortune of each is $1.1 billion and $2.9 billion, respectively. His other brother, Samih Sawiris, is worth $850 million.

Nassef Sawiris is the chairman of Orascom Construction Industries (OCI S. A. E.) and the chief executive officer of OCI N.V., one of the world’s largest nitrogen fertilizer producers. It has plants in Texas and Iowa and trades on the Euronext Amsterdam exchange, as indicated by Forbes.

OCI S. A. E., which is an engineering and building firm, trades on the Cairo exchange and Nasdaq Dubai. Nassef Sawiris holds stakes in Lafarge Holcim and Adidas. He is a member of the supervisory board of the latter.

For the year 2019, Nassef Sawiris ranks 252nd in the world, and fourth in Africa. The source of his wealth is construction and chemicals. He resides in the Egyptian capital Cairo, and is married with four kids.

The billionaire got in 1882 a bachelor’s degree in economics from the University of Chicago, to which he endowed $24.1 million, as indicated on the UChicago website.

A total of $18.1 million are granted - through the Onsi Sawiris Scholars Program - to academically talented studies from Egypt to earn bachelor’s degrees from UChicago. The grants cover tuition, travel, living expenses, and enrichment initiatives. The rest of the amount is used to fund a recent non-degree certificate executive education program in El Gourna at the University of Chicago Booth School of Business.

The Sawiris Scholars Program was launched in 2007 with a donation of $26 million from Nassef Sawiris and named in honor of his father. The businessman has been a UChicago trustee since 2013.