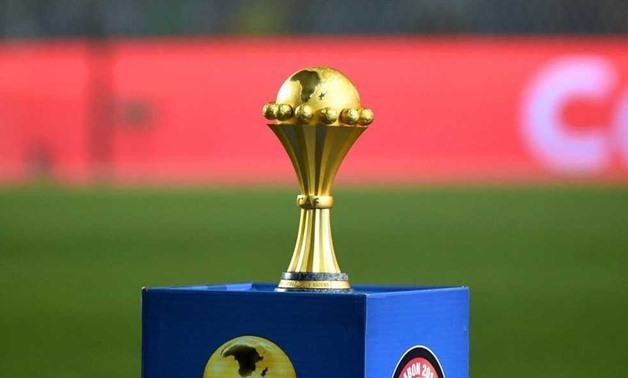 CAIRO - 20 June 2019: Hours from now, the whistle of the African Cup of Nations 2019 will be blown in Egypt for the fifth time in its hosting history after winning 16
votes at the Confederation of African Football (CAF) against one vote for South Africa.

Scheduled to be held from June 21 until July 19, 2019, this tournament will bring celebrations to Egyptian streets, reviving scenes of flag, hat and whistle sellers, face painters, and everything football fans need when they go to watch a match. A tournament like this is not only an important sports event, but also an occasion that has social, economic and even political impacts. Six stadiums have been selected in five different governorates: Cairo, Al- Alexandria, Port Said, Ismailia, and Suez to host approximately 51 matches, with the Air Defense Stadium in Cairo a contingency. The African Cup of Nations 2019, organized by Egypt for the first time since 2006, will bring much attention to the country. Almost all European championships are over; eyes will be on professional African players who play in other continents, and
coaches searching for good players will be interested, too. Further, and for the first time, the 2019 tournament will include 24 teams. With all the international attention, this tournament constitutes an opportunity to benefit the Egyptian economy.

National championships are the main source of income for the continental federations. The host country receives 20% of all revenues garnered by the African Union from the tournament, including tickets, television returns, advertisements on the pitch, and all yields the federation gains.

On the other hand, the host country will bear all costs related to the participating teams, including the internal transfers of the team, the referees, the president of the CAF, its Executive Committee and the Secretary-General.

It is clear from this ratio that Egypt’s share will not exceed tens of millions of dollars, but there are more important returns, such as tourist spending by fans and teams, the touristic promotion of the host country, and the subsequent benefit from the development of the sports infrastructure.

It is expected that Egypt would witness a surge in tour- ism revenues, hotels occupations, trade, industry, and of course the unemployment rate would decline during this period owing to seasonal jobs and crafts.

Egypt allocated around $25 million for this tournament, but the direct return of organizing the tournament is expected to far exceed this figure, economic legislation expert Walid Gaballah tells Egypt Today.

Gaballah says Egypt will have the right to broadcast the games of this tournament on local T.V. channels at a very special price that does not exceed $1,500.

“The African Cup of Nations championship is very important in the framework of Egypt’s return to its position in the realm of sports,” he stated. Investment expert Amr Yousry Okasha says Egypt’s organization of the African Cup of Nations is not just a sports event, but a unique opportunity that will contribute significantly to the development of the national economy and tourism.

Okasha emphasized that the arrival of fans of the 24 teams from different countries to Egypt will lead to the development of Egyptian tourism and market it to the whole world, adding that Egypt’s touristic sites have not been sufficiently marketed. “There is no city comparable to Luxor in the world,” he says as an anecdote, referring to the city’s ample monuments.

He also affirms that Egypt has economic, touristic, technical and sports potential that has not yet been exploited to optimize the marketing of Egyptian tourism, calling on the government to announce a map organizing the economic opportunities in all governorates, and not just Cairo, to achieve the largest economic and market- ing returns of tourism.

Economic expert and head of the Capital Center for Economic Studies and Research Khaled Al-Shafei says there are many positive economic returns from the African Cup of Nations 2019, expecting an economic boom in the field of tourism.

For his part, Head of Travellers Association for Tourism and Art and tourism expert Atef Abdullatif estimates the returns of this sports forum to be at least $1,000 per participant. At this time, all circumstances lead to the benefit of the recovering tourism sector in Egypt, he said, looking forward to the delegations that will come to Egypt to watch the matches.

Meanwhile, Shafei tells local media outlets that the event will also revive a large number of industrial sectors during this important event, including clothing, shoe and toy factories.

Shafei urged industrial plants to get the maximum benefit from this tournament by raising productivity and employing the largest workforce possible. Egypt’s success in being selected to organize this tournament for the first time since 2006 will be one of the reasons that promote Egypt abroad, he said, adding that Egypt has returned strongly to the forefront of the African continent.

Barakat Safa, vice president of office equipment at Cairo Chamber of Commerce, says “hosting the African Cup of Nations championship will have a positive impact on the commercial market and improve the sector.”

He added that the entire commercial community and most sectors will witness resurgence in buying and selling processes, emphasizing that Egypt’s organization of this championship is a good opportunity to make a move across stagnant areas, especially after the recession of many products due to weak purchasing power of local consumers.

The handicrafts sector will witness a significant increase in demand and recovery as the first beneficiary sector, followed by other sec- tors of interest to visitors such as food and beverage as well as tourist destinations. The handicrafts sector produces football-inspired products such as the flags of countries, whistles, fireworks, colorful hats, etc.

For his part, Director of the Cairo Center for Economic Studies Abdel Moneim El Sayed says there are other revenues related to security companies and private guards. New security personnel will be required to accompany teams that are on the move, training and even their hotel accommodation. This will bring about tourist activity to the cities that will host the tournament, on top of the 24 teams, their buses, and even restaurants, hotel reservations and excursions for various sports teams.

“This is a good investment case for the establishment of companies, whether private companies, share- holders or investors, such as companies specialized in organizing events and exhibitions, passenger transport companies, tourism and hotel services, and even security companies and hygiene centers,” he says, adding that Egypt should invest in the event as a tool to promote tourism to the country
at all levels.