Ma’it added that the government aims to achieve a primary surplus of 2 percent of gross domestic product, in addition to lowering debt rates and increasing expenses on investments.

The minister affirmed that financial and tax reforms done by the government attracted investment, which in return reflected on the growth rate.

The Finance Ministry has recently adopted a number of taxes’ initiatives to support the economy and alleviate the burdens of the tax community, including the law exempting taxpayers from fines imposed upon delaying the payment of the full tax amount, which recorded a total of LE 14 billion pounds.

The law allowed the collection of LE 7 billion for the State's treasury, while financiers were exempted from LE 7 billion of fines and benefits of delay.

The minister also referred to the issuance of the$4 billion international bonds in February that were five times oversubscribed.

The dollar-denominated bonds came with maturities of five, 10 and 30 years in a sale and will be offered at high revenues, as the subscriptions exceeded $21.5 billion.

The ministry announced earlier that the State's budget deficit hit LE 222.5 billion from July to January of 2018/2019, accounting for 4.2 percent of the GDP.

Moreover, Ma’it announced in the beginning of March working on a new plan to manage the debt which aims at reducing the public debt of gross domestic product (GDP) to 80 percent by 2022.

CAIRO - 7 March 2019: Minister of Finance Mohamed Ma'it announced the start of working on a new plan to manage the debt which aims at reducing public debt of gross domestic product (GDP) to 80 percent by 2022. 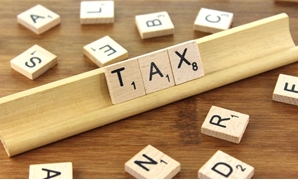