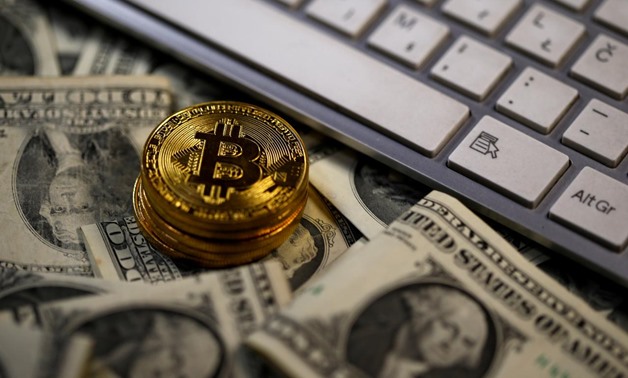 A bitcoin (virtual currency) coin placed on Dollar banknotes, next to computer keyboard, is seen in this illustration picture, November 6, 2017. REUTERS/Dado Ruvic/Illustration

Egypt to receive $2B from IMF after program review in June

Cairo will receive a $2 billion fourth tranche of its $12 billion loan from the International Monetary Fund’s (IMF) after concluding the program third review in June, an IMF regional director told Egypt Today.

EGX ends Monday on mixed note with LE 1.5B turnover

The Egyptian Exchange ended Monday’s trading session on a mixed note, amid Arab purchases and Egyptian and foreign selling.

The US dollar exchange rate went down during morning transactions at major banks on Monday.

The dollar price was down by two piasters recording LE 17.57 for buying and LE 17.67 for selling at the National Bank of Egypt.

Palm Hills Development Company’s (PHDC) announced that it achieved a 19.25 percent increase of its profits in 2017, driven by the rise of its revenues which pushed Pharos Research to reiterate its overweight recommendation based on the fair value (FV) of LE 5 per share.

Senior architect at the Architecture Design Center in Japan's Hitachi Ltd. Mohamed Mahmoud Ibrahim announced that Egypt managed to manufacture its first "On Board Computer".

Deputy Minister of Finance for Financial Policies Ahmed Kojak stated that the government targets to increase market capitalization from 20-21 percent of gross domestic product to 50-60 percent by issuing governmental companies in the Egyptian Exchange (EGX).

Egypt is the ninth largest fish producer in the world with a total production of 1.5 billion tons, Egyptian expert Mansour Matbouli said on Monday.

Egypt’ expenses recorded LE 300.6 billion ($16.96 billion) in the first four months (from July to October) of the current fiscal year 2017/2018, according to a recent report from the Central Agency for Public Mobilization and Statistics (CAPMAS).

Minister of Finance Amr al-Garhy displayed the progress of the Egyptian economy in his meeting with "Door Knock" delegation members that was organized by the American Trade Chamber (AmCham) in Cairo.

The Central Bank of Egypt (CBE), on behalf of the Ministry of Finance, is scheduled to issue LE 2.2 billion ($124.19 million) in treasury bond on Monday.

Egyptian-Saudi consortium to pump LE 3B in healthcare sector

An Egyptian-Saudi consortium launched the MENA Health Partners Company (MHP) to pump around LE 3 billion ($169.35 million) in establishing 4 hospitals in Egypt, according to Almal newspaper.