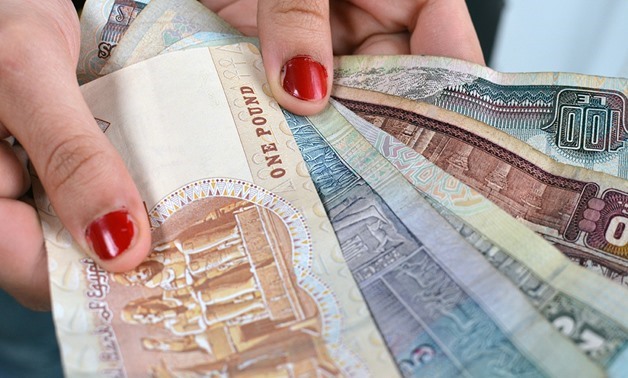 Minister of Petroleum Tarek al-Molla said in a TV statement that the production of Egypt's new giant field, Zohr, will not stop existing commercial contracts to sell and purchase natural gas.

Minister of Housing, Utilities and Urban Communities Mostafa Madbouli said that investment chances in the new cities are the best in the current stage.

During a meeting with businessman Naguib Sawiras Tuesday, the minister said the real estate investment sector achieved successes during the past years.

Minister of Communications and Information Technology Yasser el Kady discussed with Portugal’s Secretary of State for Internationalization Eurico Dias prospects of bilateral cooperation in the fields of communications and information technology.

Minister of Industry and Trade Tarek Kabil on Tuesday asserted Egypt's full commitment to the multilateral commercial system, given the fact that Egypt is a founder of the World Trade Organization (WTO).

The Egyptian Exchange (EGX) ended the mid-week session on a mixed note, amid Egyptian selling.

First Undersecretary of the Ministry of Public Enterprise Sector Ahmed Hassouna said that the governmental IPOs that are expected to be issued this year don’t face any obstacles.

Hassouna added at the Capital Market Summit that about 38 companies were issued as initial public offerings in the 1990s and were covered by a large percent, which reflects no worries about the new offerings.

he US dollar exchange rate showed varied performance during morning transactions at major banks on Tuesday.

The dollar exchange rate stood at LE 17.60 for buying and LE 17.70 for selling at the National Bank of Egypt and Bank of Alexandria.

Egypt's chemical exports are expected to hit $5.5 billion by the end of the year, supported by the economic stability and government's keenness to provide urgent solutions to urgent problems, Chairman of the Chemical Export Council (CEC) Khaled Abu El Makarem said Monday.

The sector's growth rate is expected to range between 8 to 10 percent in 2018, he said in statements on the fringe of Gulfood 2018.