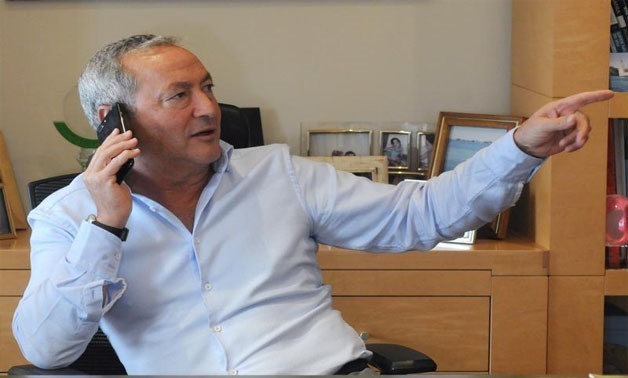 Samih Sawiris speaks in his mobile before an interview with Reuters, February 21, 2017 – Reuters/Atef Hussien

CAIRO – 10 February 2018: Businessman and Member of the Board of Trustees of the Zewail City of Science and Technology Samih Sawiris has praised the government’s role in supporting Zewail city, adding that the Engineering Authority of the Armed Forces has contributed largely in the construction process as per President Abdel Fatah al-Sisi’s directions.

He added that the construction process would not have been completed without the community support and donations to the city that will put Egypt on the global scientific and industrial map.

He said that studying costs at the city’s university might exceed LE 250,000 per year as the city provides students with all advanced tools and capabilities.

He added that the city currently has 700 students, with a capacity to host up to 2,000 students.

Sawiris said that the first class was graduated in 2017 and that the first engineering class will graduate this year. This is in addition to the city’s research institutes, which produced 12 patents and 380 scientific studies.

Sawiris further said that the university has eight specializations, including engineering, technology and science, adding that the city’s advisory board includes five Nobel laureates in the fields of physics, chemistry and engineering.