Al-Waleed bin Talal received with applause upon return to work 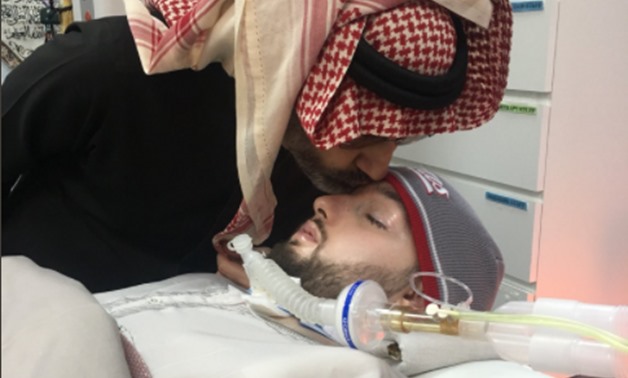 In the morning, Price Alwaleed’s daughter, Princess Reem, posted a photo of her father visiting Prince Alwaleed bin Khaled in the hospital.

Prince Alwaleed bin Talal was released on Saturday, and Saudi officials said he would keep ownership of Kingdom Holding.

Before his release, he told Reuters in an exclusive interview at the opulent Ritz-Carlton Hotel in Riyadh that he expected to be cleared of any wrongdoing and be released from custody within days.

Prince Alwaleed had been confined at the Ritz-Carlton since early November, along with dozens of others, part of Crown Prince Mohammed bin Salman's plan to consolidate control and reform oil power in Saudi Arabia.

In his first interview since he was taken into custody in November, Prince Alwaleed told Reuters he was continuing to maintain his innocence of any corruption in talks with authorities.

He said he expected to keep full control of his global investment firm, Kingdom Holding, without being required to give up assets to the government.

After being released, Prince Alwaleed said he would stay in Saudi Arabia and would return to the challenge of juggling his global business interests, according to Reuters.

"I will not leave Saudi Arabia, for sure. This is my country,” he added.