By: Egypt Today staff
CAIRO – 17 January 2018: EFG Hermes announced on Wednesday the closure of its second annual Egypt Conference, which was held in Cairo for three days, according to Hermes’ press release.

The 39 fund and portfolio managers from the United States, the United Kingdom, Germany, South Africa, and the GCC also met with CEOs from a number of the nation’s leading companies in the banking, real estate, construction, manufacturing, and food products industries.

On Monday, investors from world-renowned financial institutions met with President al-Sisi in a session which was also attended by CBE Governor and members of the Cabinet’s Economic Group.

The President, according to the press release, reaffirmed Egypt’s commitment to its economic reform agenda and highlighted the key role the private sector plays in creating growth as it heads into 2018 with a more positive, stable outlook for the Egyptian economy.

“Our gathering this year helped set the stage for what we project to be a promising 2018 and underline the fact that Egypt is at a turning point thanks to a prudent and carefully executed economic reform program,” EFG Hermes Group Chief Executive Officer Karim Awad said.

“The key takeaway for investors from this year’s gathering is an even clearer picture of Egypt’s path to growth and that 2018 will witness further reforms and efforts to further increase its attractiveness and prime the economy for investment,” Mohamed Ebeid, Co-Chief Executive Officer of the Investment Bank at EFG Hermes added. 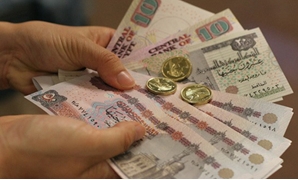