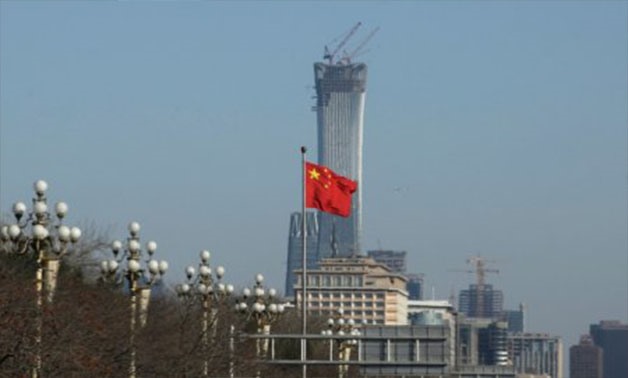 A Chinese flag flutters at Xinhuamen Gate of Zhongnanhai leadership compound in central Beijing, China December 15, 2017. The construction site of China Zun, planned to be the tallest building in Beijing, is seen behind - REUTERS/Jason Lee/File photo

BEIJING - 14 January 2018: China will step up oversight in the banking sector this year to reduce financial risks, the country’s banking regulator said, stressing that long-term efforts would be needed to control banking sector chaos.

The China Banking Regulatory Commission (CBRC) said late on Saturday in a statement that its priorities included increasing supervision over shadow banking and interbank activities.

“Bringing the banking sector under control will be long-term, arduous, and complex,” it said.

The regulator said violations in corporate governance, property loans, and disposal of non-performing assets will be punished more strictly, and that it would strengthen risk control in interbank activities, financial products and off-balance sheet business.

China has repeatedly vowed to clean up disorder in its banking system.

In recent months, regulators have introduced a series of new measures aimed at controlling risk and leverage in the financial system, with everything from lending practices to shadow banking under the microscope.

Already in January, the CBRC has published regulations that put limits on the number of commercial banks that single investors can have major holdings in.

President Xi Jinping has declared that financial security is vital to national security.

The government is particularly concerned about the massive shadow banking industry, lending conducted outside of the regulated formal banking system.

It fears that a big default or series of loan losses could cascade through the world’s second-biggest economy, leading to a sudden halt in bank lending.