Egypt to promote agricultural trade exchange with US: Minister 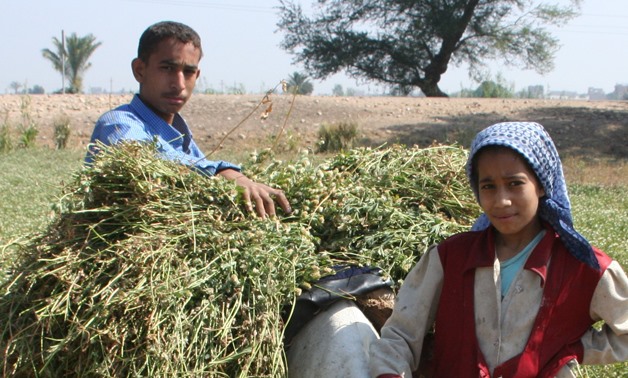 “The meeting emphasized that there are great opportunities for agricultural investment in Egypt, especially as President Abdel Fatah al-Sisi has launched some giant national projects,” El Banna said after the meeting. “These projects will change Egypt's agricultural map, opening up great prospects for investment.”

According to El Banna, projects of bilateral cooperation with the U.S. include exchanging scientific expertise in the agricultural field and providing training in different sectors, including livestock, poultry and fish farming.

According to the United States Department of Agriculture, the U.S. exported “$807 million worth of agricultural and related products to Egypt in 2016,” including corn, soybeans, and beef.

Sisi will arrive in Washington Saturday, where he will meet with U.S. President Donald Trump and a number of high-level officials in Congress and the Chamber of Commerce. Sisi and Trump are expected to discuss a number of important issues, such as terrorism, illegal immigration and enhancing bilateral relations in the political, economic and military fields.