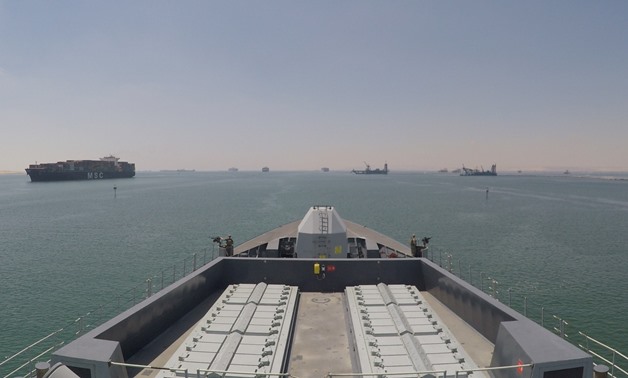 CAIRO - 16 January 2022: Suez Canal revenues expected to rise to $7 billion by the end of 2022, compared to its highest ever $6.3 billion achieved in 2021, according to head of the Egyptian Suez Canal Authority, Osama Rabie.

Rabie added, during a TV interview - that the Suez Canal seeks to increase its share of the global trade to more than 12 percent, compared to the 10 percent achieved in 2021.

The Suez Canal achieved the largest annual net tonnage of 1.27 billion tons during 2021, and accounted for 15.7 percent of the total global seaborne grain trade.

The Egyptian Suez Canal Authority is considering granting reductions in transit fees ranging from 10 to 20 percent for ships that comply with environmental standards.

"The canal will turn into a green one by 2023, as we have started using alternative energy in our facilities, whether from wind or from the sun, instead of regular energy, and we will invite passing ships to switch from ordinary fuel to hydrogen,” Rabie explained.